For fans of Skeletonwitch, Enslaved, Wolves in the Throne Room, Death, Morbid Angel

Debut Album Due Out Nov 13th 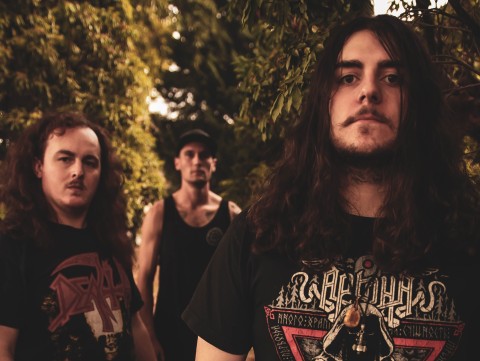 Now available for streaming is the debut album “Storm Over a Black Sea” from Canada’s Ysgaroth, a progressive and technical metal outfit blending styles of old school death metal, black metal, and sludge.

“Storm Over a Black Sea” is an attempt at creating a work that is greater than the sum of its parts, each track stands alone, but only when put together does something greater emerge. Engrossed in the unique sound, listeners are suffocated with harmonies and taken on a journey. The band comments about the album in their own words:

“The release of Storm Over a Black Sea is so many things for us: validation, relief, excitement, and too many other things to say. This album took far too long for us to record and finally release, but we’re beyond excited to finally have it out. We’re trying to do a lot of things on this record: honour our influences, play some fucking riffs, and push ourselves as musicians technically and compositionally.”

With a slick balance of long songs and short songs, it is an album that people can really come back to, and absorb the small details on repeat listens. The lyrics are the manifestations of the band’s own issues with the world: regret poisoning us, our consumerist society trapped in capitalism poisoning the world, and religions of all kinds being used as another tool to divide and control us.

The mix of black metal roots, classic 80’s death metal, 90’s thrash, and sludge with the long compositions of post-metal and the shifting, churning time signatures of progressive metal is highly recommended for fans of Wolves in the Throne Room, Death, and Morbid Angel.

The album is streaming now via its premiere on NoCleanSinging HERE.

Ysgaroth is a progressive extreme metal band conjured in Vancouver, Canada that seamlessly blends elements of various metal subgenres into a vicious hybrid.

Initially, Ysgaroth started as Kurt Steigler’s black metal studio project, a non-serious musical outlet, but over time he grew attached to the songs and wanted to take them live.

With the desire to hit the stage, Steigler (guitar/vocals) was joined by Steve Cuddington (drums) and Shawn Hillman (bass) With these additions, the songs got more structurally ambitious, a sludge influence began to creep into the band. Cuddington brings an absolutely crushing, hardcore-influenced drumming style that gave the songs a new vitality, and Hillman’s exceptionally musical bass playing served as the perfect bridge between the crushing drums and razor-sharp guitars. Ultimately, the sound of the band became a mix of its black metal roots, classic 80’s death metal, 90’s thrash, and sludge with the long compositions of post-metal and the shifting, churning time signatures of progressive metal. Steigler is the main songwriter, but overall the process is hugely democratic.

The debut album from the band “Storm Over a Black Sea” will be unearthed on November 13th, 2020, and considering the growing amount of music they have been writing – fans can expect a lot more from Ysgaroth.