For fans of Skeletonwitch, Enslaved, Wolves in the Throne Room, Death, Morbid Angel

“Simply put, the album is an enormous surprise, an unexpected gem that arrives without much advance fanfare. It is, after all, this Vancouver trio’s debut album. But they’re not taking tentative steps here. The songs are remarkably ambitious in their construction and remarkably demanding in their execution. Fortunately, the instrumental skill displayed here is at a very high level, and the songcraft, while elaborately multi-faceted and wide-ranging in its stylistic scope, is thrilling to behold.” – No Clean Singing

“Songs like “Forward Unto Death” and the colossal 17-minute closer “Deluge” perfectly highlights what this band can do, spinning out intricate and aggressive tracks with killer riffs, pummeling drums, complex and strange song structures, and absolutely gorgeous lead work, all contained within a raw, savage production job which sports a guitar tone that cuts like a jagged stone dagger… a promising young band…” – The Metal Crypt

“If you’re looking for a unique black metal record to carry with you into this winter season, look no further! Fantastic stuff, really.8/10” – Noob Heavy

“The sound of the band has it all: black metal, death metal of the ’80s, thrash of the ’90s, sludge with post-metal, and the final signature of progressive metal. This is a very promising new band… Listen to “Storm Over A Black Sea”, it’s worth it.” – Greek Rebels

“Unexpected melodic harmonies are accompanied by grating vocals of the harshest on the album as a whole; Steigler sounds like his voice could give out at any point before a step up into a fiery blend of Black Metal rhythms with Death Metal leads sweeps everything aside like the loser of a game of chess ripping the board from the table and throwing all the pieces into to the sky with furious intent. That rise and fall pattern between the two styles keeps you on your toes, never quite sure when it’s going to switch personality and when it does it has the grace and speed of an assassin. How on Earth Ysgaroth follow this up is beyond us… [8/10]” – Metal Noise

“This is an impressive debut, with great songs” – UK Thrashers

“The real nugget of play and exploration in this album is the 17 + minute final track, ‘Deluge’. it opens with powerful slow sludgy guitar distortion, but then slows down to a very interesting drum and bass riff session with softer blackened vocals over – the guitar spends that time in off the front. But then, the forces of power and direction come together and the energy picks up again. I would have to say that this track is a fabulous clincher for the album, but also just as a track, it is super. If you are down with noisy bands, and are okay with a few of the ‘black metal’ rules being broken, Ysgaroth’s, “Storm Over A Black Sea”, is the album to check out.
4.5 / 5” – Brutalism

“The music is melodic extremity, with a certain black metal feel in places and with some prog tendencies, but still moshing and headbanging metal. The vocals are shrieked a lot, although there is some growling in there, too. While the vocals scream black metal, the music points to some surprising melodic places. Ysgaroth is brutal and melodic and they plan to have their cake and eat it, too. Is it possible?! Ysgaroth is going to find out! Would you like to come along? It will be a fun ride through the minds of these Canadian brutes. Just when you think you got them figured out, they will surprise you with 17 minutes of the song “Deluge.” It’s like they decided to let us see that they love Scandinavian extreme metal, but maybe when you’re a Canadian prog band you can’t really avoid having some Rush sneak into your subconscious.” – Metal Bulletin Zine 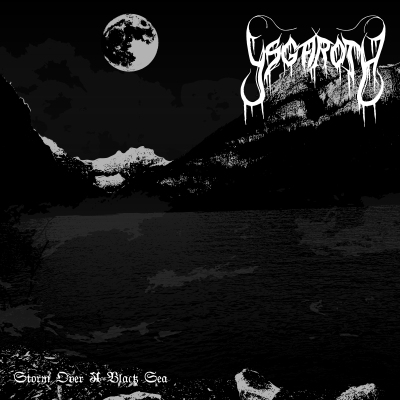 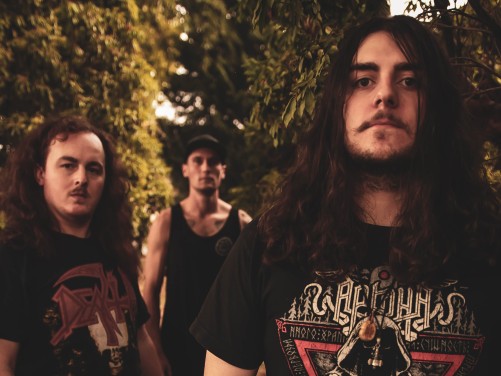 Ysgaroth is a progressive extreme metal band conjured in Vancouver, Canada that seamlessly blends elements of various metal subgenres into a vicious hybrid.

Initially, Ysgaroth started as Kurt Steigler’s black metal studio project, a non-serious musical outlet, but over time he grew attached to the songs and wanted to take them live.

With the desire to hit the stage, Steigler (guitar/vocals) was joined by Steve Cuddington (drums) and Shawn Hillman (bass) With these additions, the songs got more structurally ambitious, a sludge influence began to creep into the band. Cuddington brings an absolutely crushing, hardcore-influenced drumming style that gave the songs a new vitality, and Hillman’s exceptionally musical bass playing served as the perfect bridge between the crushing drums and razor-sharp guitars. Ultimately, the sound of the band became a mix of its black metal roots, classic 80’s death metal, 90’s thrash, and sludge with the long compositions of post-metal and the shifting, churning time signatures of progressive metal. Steigler is the main songwriter, but overall the process is hugely democratic.

The debut album from the band “Storm Over a Black Sea” will be unearthed on November 13th, 2020, and considering the growing amount of music they have been writing – fans can expect a lot more from Ysgaroth.