“While some of the material is more fitting to be described as “cinematic rock” due to the instrumental muzak feel of the songs’ structure, this album possesses the punch of a Dream Theater release and the momentum of a King Crimson record.” – Metal Injection

“‘Cast Zenith’ is music that has intelligence and depth, music that takes the listener on an involving journey. This is a great start from this impressive trio and one which promises much for the future, Alizarin are a band that we definitely need to keep an eye on.” – Prog Radar

“Creating songs that can grip the standard listener and help expand their ideas and thoughts on what music should and can be. That’s what makes great prog truly great, and on that note the debut album Cast Zenith is a great album by a fantastic band.” – Metal Assault

“There is a lightness, space and confidence on this album, and it certainly doesn’t come across as a self-released debut, but rather from guys who have been around the block. Jazzy prog metal (love the distorted chorded fretless bass on “Anomaly”) which is worth hearing.” – Progressor

“There is plenty of variety on this all-instrumental debut. Alizarin have produced a stunning debut, showing compositional chops and instrumental prowess.” – Progressive Rock Fanatics

Born out of the forward-thinking inclinations of guitarist/vocalist Josh Kay in late 2017, Alizarin is on a mission to explore unconventional rock music. In addition to Kay, the group consists of Jon Damon on drums, Terran Fernandez on bass guitar, and Avelino Ramirez on keyboard. Alizarin is based in Los Angeles, CA and endeavors to create compelling, dramatic music that defies rock expectations.

Alizarin released their first full-length album, titled ‘Cast Zenith’, in 2018 and is preparing to release their new album ‘The Last Semblance’ in Summer 2020. Unlike their strictly instrumental debut record, this sophomore release features prominent vocals throughout. Rich harmonies and baritone resonance from Kay’s voice add a new dimension to the music, allowing the band’s sound to expand to truly uncharted territory.

‘The Last Semblance’ covers a wide spectrum of sonic landscapes and emphasizes the melodic journey over deliberate technique. Although Kay is the chief songwriter of Alizarin, the compositions on the new record focus on a balance of each instrument, with less of an emphasis on the domination of guitar solos and a greater exploration of what each musician is capable of. The album draws influence from such groups as Porcupine Tree, Haken, Alice in Chains, Opeth, Portishead, and many more. The results are a sound that is challenging to define, pensive, and often at the crossroads of melody and dissonance.

Keep your eyes and ears peeled for Alizarin on social media and wherever the future of music lives. 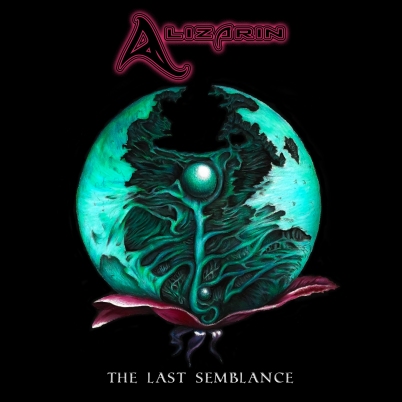