For fans of Clutch, Queens of The Stone Age, KYUSS, Volbeat, Foo Fighters

Back in the summer of 2002, co-founders and fellow guitar players, Frank Kelly and Jet Phil recruited good friends Mike Plant (Sword) and drum god Michel “Away” Langevin (Voivod) to release Paradises 1st album “Rock Anthropologists on the Kon Tiki Voyage”. Summer of 2004, the usual suspects were rounded-up including a collaboration of Voivod’s late but great Denis “Piggy” D’Amour to work on Paradise’s follow-up record “Hotel”. Now in 2020, composed of Frank Kelly (guitars), Fred Kelly (bass), RL Black (vocals), Fred Crew Grrr (guitars) and Mat Hias (drums), Paradise, like a phoenix that is reborn from its ashes, have released a new eponymous album that sways on the line between hard stoner rock and pure heavy metal that was mixed and mastered by Kevin Jardine of  Slaves On Dope. From the opening piece and future classic “Straight From Hell” to the album closer “Free in Exile”, Paradise delivers an album where the balance between catchy riffs, attitude, intensity, and melodies is perfect.

“Solid, driving Hard Rock from the quagmires of Quebec!” – Reek Of STOOM

“A record that growls like a hungry beast” – ARP Média

“The synergy of this quintet gives the listener a proper kick in the ass needed to remember why we fell in love with the format. They also lend proof as to why heavy metal is the cornerstone of the myriad of hard rock subgenres. Blistering guitar riffs, thundering drums, and of course ample swipes at stuffy establishment rules.” – Boston Rock Radio

“The album opens with “Straight From Hell” and it is an adrenaline high. It is an unmistakable straight forward rock construction of verse-bridge-chorus, repeat, repeat, and the dial is set on stadium anthem. RL Black’s vocals are about as rock and roll as you can get – strong clean singing with a gruff edge. The lead breaks are short to fit in with the song structure, and they are pretty metal. I like the brand they have going here. It is great driving music, great drinking music. I would be stoked to see Paradise on the list of bands at a festival because you can just feel from these songs that they are going to put on a good show on stage.”  – Flying Fiddlesticks Music Blog 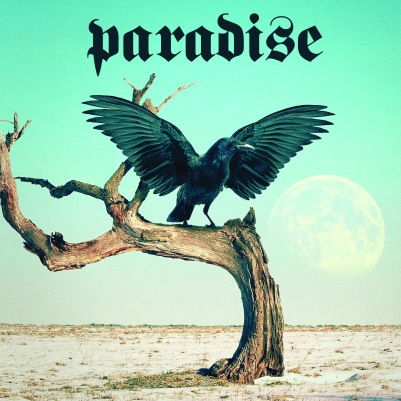 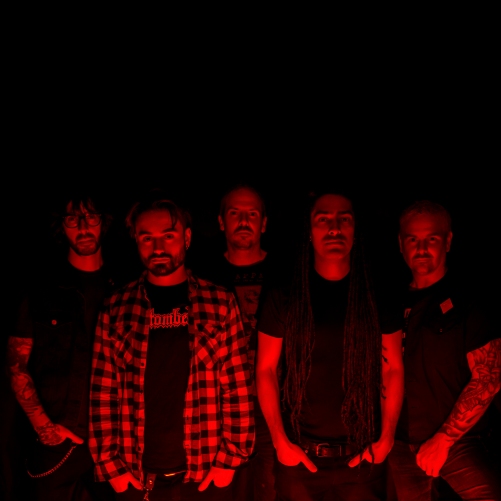 Montreal summer of 2002. First, they got drunk, then proceeded to forge “volcanic rock” and chose a name: Paradise. The next day, they came up with a title for their ﬁrst album: Rock Anthropologists on the Kon Tiki Voyage. Obviously they were still drunk. Co-founders and fellow guitar players, Frank Kelly and Jet Phil, still thinking that they had a great concept on their hands, started the rock riff machine and came up with a bunch of kick-ass rock and roll. Pretty soon, every track was assigned a title and, what do you know, they were all taken from a Kon-Tiki drink menu. It all made a lot of sense…

Still, without any lyrics to complete the recipe, they set out to ﬁnd someone crazy enough to work on their project. Through a mutual friend, rock promoter François Lalancette, they were introduced to singer-songwriter Richard Eusanio who was more than crazy enough to jump in feet ﬁrst. Within days, the record started to take shape. By this time, also on board was guitar master and Sword’s axeman Mike Plant. Paradise was happening…

The record was then sent to Glen Robinson (Voivod, Tea Party) to be mixed and mastered. Fall of 2002 Paradise came alive with the release of Rock Anthropologists on the Kon Tiki Voyage.

Summer of 2004: The boys were now ready for another roller-coaster ride. The usual suspects were rounded-up, including bass man Fred Kelly. Now transported from the beaches of the South Paciﬁc to the famous and even infamous hotels of this world, they began to work on Paradise’s follow-up “Hotel”. Everybody was ready for the trip.

During the sessions in the summer of 2004, they were blessed with the inspirational collaboration of Voivod’s guitar pioneer, the late but great Denis “Piggy” D’Amour who left his stamp on a couple of titles before losing his battle to illness in august of 2005. Mixed and mastered again by Glen Robinson, Paradise’s Hotel was released in the winter of 2005 and once again it all made a lot of sense.

2019: With the will of the volcanic rock gods, the resurrection of Paradise was inevitable. Today composed of Frank Kelly (guitars), Fred Kelly (bass), Blacky (vocals), Fred Crew Grrr (guitars) and Mat Hias (drums), Paradise, like a phoenix that is reborn from its ashes, releases a new eponymous album that sways on the line between hard rock and pure heavy metal (mixed and mastered by Kevin Jardine from Slaves On Dope). From the opening piece and future classic “Straight From Hell” to the ﬁnal “Free in Exile”, through “Hitting On All Sixes” and “Long Gone”, Paradise delivers an album where the balance between catchy riffs, attitude, intensity, and melodies is perfect.

So all you rockers, metalheads and soon to be converts should be prepared for a ride through hell, with Paradise.