“Tempest is about someone coming into your life like a hurricane. When my son was born, he was like a beautiful hurricane that brought so much joy, change, and struggle. The song speaks about a mighty force finding its place in your life and shining bright and bold. This was one of the hardest songs we wrote for our upcoming 2023 EP, and it took a while to get the groove of it, but when we did get it, we couldn’t stop banging our heads. It gave me (Heather) that god-like imagery, like if a god (on a chariot) was coming down from the heavens, We thought it would be a good first peak of the EP as it has a groovy progressive feeling.” – Heather Harris – Vocal/Guitar – Kilmore

For fans of Soundgarden, Tool, PJ Harvey, The Pretenders, Windhand, Alice in Chains

“Call of the Void, the riffs are relentless as the band channels gloom through minor chords…The spirit of darkness breathes through the lyrics as Kilmore reminds us rock is alive and well.” – The Coast

“the heavy and bluesy sounds really drive home those themes of reckless behaviour and dark feelings… The band effectively portray their intended emotions and messages to the listener through their music while providing them with something to bang their head—or groove—to.” – The East Magazine

“The opening title cut begins City Lights with brawny, distorted guitar licks, steadily pounding drums and wailing vocals akin to classic rock radio. This sets the tone for the four-piece’s muscular sound, as tracks like “Rising Sun” and “Weight of the World” are similarly stuffed with meaty riffage, while “Peace of Mind” is slightly more restrained and slow-burning. The curveball is “Younger Years,” which ventures into a folk rock direction with its acoustic strums.” – Exclaim! 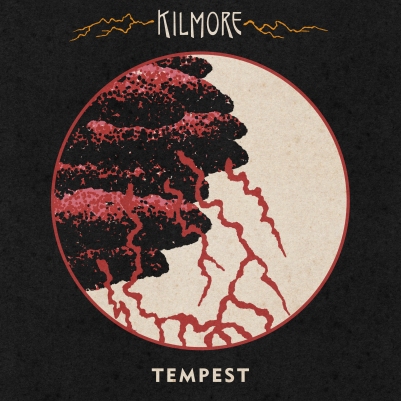 1. Kilmore’s Dan Doran and Heather Harris are brother and sister born in Newry, Northern Ireland but located in Canada at a young age. They moved from Vancouver to Halifax at the age of 11-13 making Halifax their home.

2. Kilmore’s concepts are molded around their life experiences and tend to lean more toward the darker feelings of life.

3. With many bands, there are stories about the road. Some are forgotten but many are solidified in our memories that are hard to forget. The members of Kilmore are no exception to tour stories, with countless nights sleeping on couches and hours on the road there is much reflection to be had. I would say the funniest time we had were stay at the old Plan B Lounge in Moncton, NB, they always had a good vibe, a bed to sleep in, and good people to talk to and rock out with. Those were late nights! 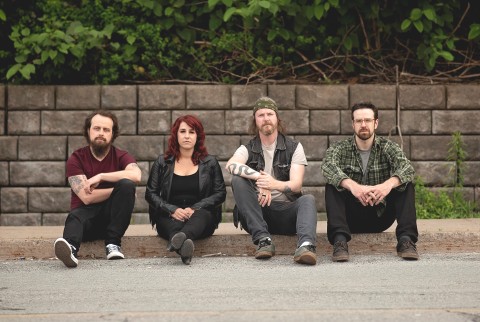 For Nova Scotia-based band Kilmore, music serves as a yearning for expression and escapism; a musical endeavor that sees them unearthing the realities of life through sounds and wanting to create something new. Their brand of music resides at the convergence of stoner and hard rock, featuring magnetically emotive passages contrasted against assaults of groove-forward aggression. themes surrounding rebirth, love, hate, frustration, understanding, and the search for truth permeate their darker-edged sonic palette, one that navigates the nether regions of the human psyche.

Kilmore was founded by Heather Harris (vocals, guitars) and Dan Doran (guitars), two siblings of Irish descent who moved to Canada when they were still young. They moved to Halifax in the 90s, growing up on a musical diet of grunge, an influence that still permeates their current sound today. The band formed in 2013, adding Neil Spence (bass) and Lor Sangster (drums) to the original lineup. Jon MacIsaac (drums) later replaced Lor, completing the current lineup.

Neil grew up in Nova Scotia, surrounded by music throughout his life. He has been playing music for 20+ years and has been a member since the beginning of Kilmore. Jon joined the band in 2019, another nova scotia native who grew up in a very musical family. He was brought up on influences largely consisting of artists like Bill Ward and Danny Carey and has conveyed a new impulse to the band.

The award-winning rock group has had its fair share of accolades. their debut ep, ‘city lights’ came out in 2015, propelling them into the limelight as they were nominated for a music nova scotia award, and an east coast music award (ECMA). Their sophomore full-length LP, ‘Call of the Void’ was nominated for 3 music nova scotia awards along with another ECMA, and they took home two ‘Loud Recording of the Year’ awards.

Today, Kilmore are setting the wheels in motion for their next release entitled ‘From the Inside’, the project is scheduled to release in March 2023.