“For us, the artwork and concept of the EP were just as important as the music and songwriting. It’s a heavy and jam-packed EP that has a little bit of every genre wrapped in brutal death metal packaging. Our hope is that every audio and visual release that is connected to this album helps the listener dive deeper into the totality of our creation.” – Deformatory

“It’s been a hot minute since we last checked in on the Deformatory camp, but it seems they’ve still got it. Harbinger is a short and violent little EP, a perfect bite-sized helping of chaotic technical death metal in the vein of Origin (but with better production). It’s about exactly as much material as you want from this type of music: nothing overstays its welcome, there’s absolutely no fat whatsoever, and it never gets samey or starts to drag. Perfect in its savagery and delivery.” – Toilet ov Hell

“even though Deformatory sound like a demonic battalion, there’s only two of them responsible for all the destruction. It’s also a thoroughly convincing sign that those two put on a hell of a live show.” – No Clean Singing

“Bandcamp New & Notable: Mind-flaying brutal technical death metal that will pulverize you to smithereens while its complex structures stun your cerebral cortex.”

“Guitar player and vocalist Charlie Leduc, creates a series of tracks which are both brimming with utter fury and at times dashes of a haunting melody. The EP’s final track ‘Dustcult’ sees a combination of the two with the melody being used alongside that fury with great results. Another massive improvement from past releases is the overall sound on the release, it’s a clean and potent sounding EP. All the notes come through crisp and clear to the ear and have real punch. The drum sound is also excellent as drummer Neil Grandy offers an excellent display of sonic battery behind the kit. ” – The Razor’s Edge

“A highly intelligent villainy possesses every moment and movement made by Ottawa, Ontario-based technical death metal duo Deformatory, not only on this latest mLP but throughout their twelve year reign as one of the more underappreciated Canadian death metal entities around. ‘Harbinger‘ reinforces the impossible extremity their core songwriters have long written into a cryptic cyclone of violent brutal death metal. In the midst of this destruction they now achieve a most readable brand of cunning riff and rhythm beyond their usual stabbing at the limits of actionable notes within a composition. Theirs is a craft ambitious enough to push the body to a point of physical pain, mercifully limiting their inhumane acts to three to five minute bursts as they further detail the sinister cosmology of the bespoke sci-fi universe threaded throughout their discography.” – Grizzly Butts

“It’d left me looking forward to what they’re working on next and impressed by the amount of work that’d gone into the densely populated and vivifying brevity of this release. A high recommendation.” – Grizzly Butts

“This band manages to sound like a maniacally possessed total frenzy, but it is also intelligible. That’s probably due to the fact that the guitar work comes from metal music, as opposed to being inspired by free-form jazz, prog or groove/core. The most basic way to explain it is to say that even though this is totally blasting insanity, the listener that pays attention will notice that there is a thrash heritage that is sped up but still tangible.” – The Metal Bulletin

“Uh, la la. What a piece of brutality. Yes. Only 4 songs, true that, short release, but very good. Technical Death Metal or should I say Brutal Death Metal… Hmmm… Anyway, this ep, is very good, very well constructed, very good riffs passages, some groove in the middle of the songs, but never losing the “weight” of the songs, and… Real brutality from the first second till the last second. Give them a try.” – Blessed Altar Zine

“Deformatory attack with lethal precision and serrated claws. Their technical brutality is very moreish, and these new songs are easy to digest if you like a stomach full of spikes. Well-written and delivered with passionate expertise, Harbinger doesn’t mess around. The songs are savagely energetic and imbued with the desire to kill. A storm of violent drumming, merciless riffs, and bloodthirsty growls erupt with barely any restraint, hunting and lashing out with a frenzied fury. The short release hurtles by in a tempest of bladed wrath and potent hostility.” – Wonderbox Metal

“Crafted with the utmost care, the band keep things both simple and traditional, organically writing in the rehearsal space, jamming and experimenting until something lethal reveals itself. ” – Metal Noise

“Ferocious would be a word instantly popping to mind when you begin listening to Deformatory. The music is excellently composed and played to a high standard with a non-stop barrage of guitars and drums incinerating your very ear drums. The good thing about Harbinger are the vocals, which also complement the instruments. Its not a case where they are drowned out by the music or become a little quieter, which can happen with some bands. Charlie Leduc’s voice functions as another instrument, which is the way it should be, so everything can be brought tightly together.” – Fed Up!

“A maniacal riff-fest colliding with pulverizing drumming and grotesquely executed vocals, Impaled Upon The Carrionspire is a memorable journey into a modern death metal portal of chaos. This is beyond a brutal wall of sound; it’s an experience that hooks you in, and guides you through everything you can expect to hear on the new album.” – Metal Injection

“Taking cues from the tech-est and brutal-est of brutal technical death metal, the duo from Canada’s capital have offered up a shining gut punch that sings, screams, wallops, growls and races in the same vein as genre masterclass mainstays as Immolation, Suffocation, Cryptopsy, Morbid Angel, Hate Eternal and Origin. Plus, their name fucking rules!” – Decibel Magazine

“Let’s cut to the chase: Imagine filling a syringe with unadulterated adrenaline, sticking it straight into your carotid artery, and jamming the plunger down with as much force as you can muster. That’s the effect of listening to DEFORMATORY… The whole thing is breathtaking in its careening and cavorting violence.” – No Clean Singing

“This is exquisite Tech Death which manages to avoid wading in wizardry over the top realms preferring instead to delicately balance both brutal and intricate arrangements for great effect. These guys aren’t fucking around.” – Cult Metal Flix

“DEFORMATORY play technical death metal with lashings of brutality. The songs are precise and merciless. It’s a controlled form of frenzied mayhem that the band unleash, one which is augmented by surprisingly potent streaks of melody, dark moments of atmosphere, infectious rhythmic devastation, and straightforward death metal brutality. DEFORMATORY know what they are doing with this style.” – Wonderbox Metal

“…a manipulated frenzy of technical mayhem… DEFORMATORY just demolishes many bands that are signed!” – Metal Nation

“…for those seeking the most brutal and battery ram-like extremity, DEFORMATORY checks off all of the boxes that you’d like it to: strong musicianship and soloing, intense riffs and vocals, and just enough melody to keep it from going completely unhinged” – Dead Rhetoric

“[DEFORMATORY is] a band that takes both the “tech” and the “death” parts to heart in their songwriting.  Their blend of crushing brutality and technical aptitude is a force to be reckoned with.” – Toilet Ov Hell 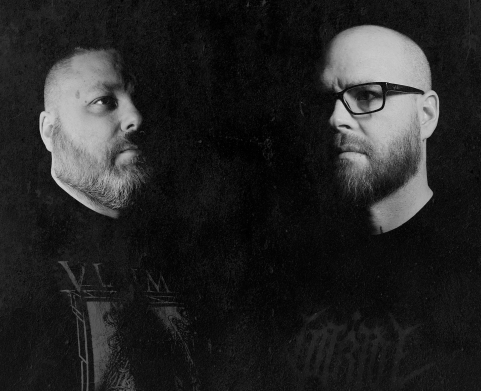 From their destructive 2013 debut “In The Wake of Pestilence”, on through their crushing 2016 follow-up “Malediction” and into the vortex of insanity from their 2021 masterpiece “Inversion of the Unseen Horizon”, DEFORMATORY unrelentingly summon their creative darkness to deliver another slab of ferocious Canadian death metal.

Without acquiescing to the weakness of modern metal, they reach deep into the abyss of infernal intensity to deliver a new offering of blistering madness entitled “Harbinger”.

Every song, every riff, and every beat writhes through its own iterations to devour the listener beyond this EP’s 15-minute runtime. Make no mistake: these are 15-minutes you will never get back and you will never recover from.  The sheer energy your soul requires to withstand this offering of musical violence will render your very core into a depleted version of itself.

The phenomenal production of this album is the work of Topon Das (Fuck The Facts, Apartment 2 Recording), who impeccably captured the essence and intensity of DEFORMATORY’s vision. Every nuance has been brought to light, mixed, and mastered without sacrificing integrity in order to fit into the modern standards of extreme music. All instruments are real fucking instruments and each can be discerned without the overproduced wall of plugins & tone packs we have unfortunately grown accustomed to hearing today. There is an eerie atmosphere that lurks throughout this album and it can be heard clearly through every string, growl, and cymbal.

To visually encapsulate the onslaught of Harbinger’s music, the artwork was masterfully created by the one and only Paolo Girardi. He has, without any doubt, unveiled one of his best paintings to date for this album cover. Additional haunting artistic creations were devilishly assembled by UK’s Adrian Baxter to further highlight the darkness that binds the death metal onslaught of DEFORMATORY’s new EP.

This is unequivocal vitriolic rage. This is uncompromising animosity.
This is not trendy. This is not a safe place.
This is a maelstrom of maniacal death metal.
This is DEFORMATORY.

You have been warned.
Heed the Harbinger’s call.