Performing last week at the Loud As Hell fest in Drumheller, AB on August 30th alongside Protest The Hero, Titans Eve, Death Toll Rising, All Else Fails, Ninjaspy and many more, Edmonton, AB’s death metal outfit Display of Decay has posted live video from their set for fans at the following link: https://www.youtube.com/watch?v=WG8hJe8gT-s

The death metal trio turned four piece with the recent addition of guitarist Jeremy Puffer unleashed their new EP ‘Outbreak of Infection’ on August 26th. This is the band’s fourth EP since forming in 2007  and features five groovy death metal tracks with gore filled lyrics that includes a black metal cover of KISS‘ ‘Black Diamond.’

EP stream can be heard at: http://displayofdecay.bandcamp.com/album/outbreak-of-infection

Plus physical and digital copy of the EP is available at the following links:

In 2007, Edmonton, AB underwent one of the most notable natural disasters in history. An earthquake split the city in two, and chaos ran amok through the streets.

Alas…such things are bound to happen when DISPLAY OF DECAY takes the stage. Handcrafted by Hell’s most elite demons, DISPLAY OF DECAY is noted for bringing a unique blend of old school death metal, blended with tinges of thrash and doom metal. The band has spread their infection across Western Canada over the years, sharing the stage alongside other local elite acts such as, Disciples of Power and Into Eternity.

After unleashing three well received indie releases, DISPLAY OF DECAY is currently gearing up for their next follow up “Outbreak of Infection”, an EP featuring five brutal tracks that includes an annihilating rendition of KISS’ ‘Black Diamond’.  Set to riot mosh pits officially August 26, 2014, DISPLAY OF DECAY is eagerly preparing to tour Western Canada in 2014 to promote their best work to date.

After lying low, deliberately and methodically to prepare new material while vocalist Chuck Labossiere filled in with Broken Hope for tour dates in Europe and Canada. Winnipeg’s death metal troopers Psychotic Gardening are proud to announce their return in 2014 with their forthcoming album ‘Hymnosis’ set for release on May 13th to follow up 2011’s ‘Humanitorium’ and their 2007 debut ‘Hürdür’.

Featuring nine heavy hitting assaults that include a cover of Death’s ‘Open Casket’ with a guest appearance from Tim Roth (Into Eternity) and Chuck Wepfer (Broken Hope), ‘Hymnosis’ is sure to bang skulls with its full-throttle, go-for-the-throat execution of doom and black metal. In this release the band digs into its death metal roots for a concoction of their most vicious material while still hammering down on doom-laden monster riffs.

Both Andrew Wiens (guitarist) and Chuck Labossiere (vocals/guitar) comment on the upcoming release.

“Hymnosis, for us, is a defining album. It has some of the fastest stuff we’ve ever done and some of the most dark, heavy and crushing doom as well. This release is dynamic and we take you on a journey, the way a record was meant to. If we’ve done our job – and I think we have – you feel like it has taken you somewhere that somehow life has changed, shifted and moved underneath you.” – Andrew Wiens

“This album is special to me because I feel the band has outdone itself creatively. These guys really understand what Psychotic Gardening is all about artistically and have poured so much attitude and spirit into it. this is a record that’s all its own, something that’s unique to each member’s style.” – Chuck Labossiere

“Be sure to see Psychotic Gardening when they invade your town or city. The being in the sky orders you to see them or be prepared to pay with your soul!” – Metal Master Kingdom

“Psychotic Gardening has always been able to deliver crushing, mid-tempo, heavy madness and this teaser tells me its next album won’t disappoint, more info to come!” – Metal Made In Canada 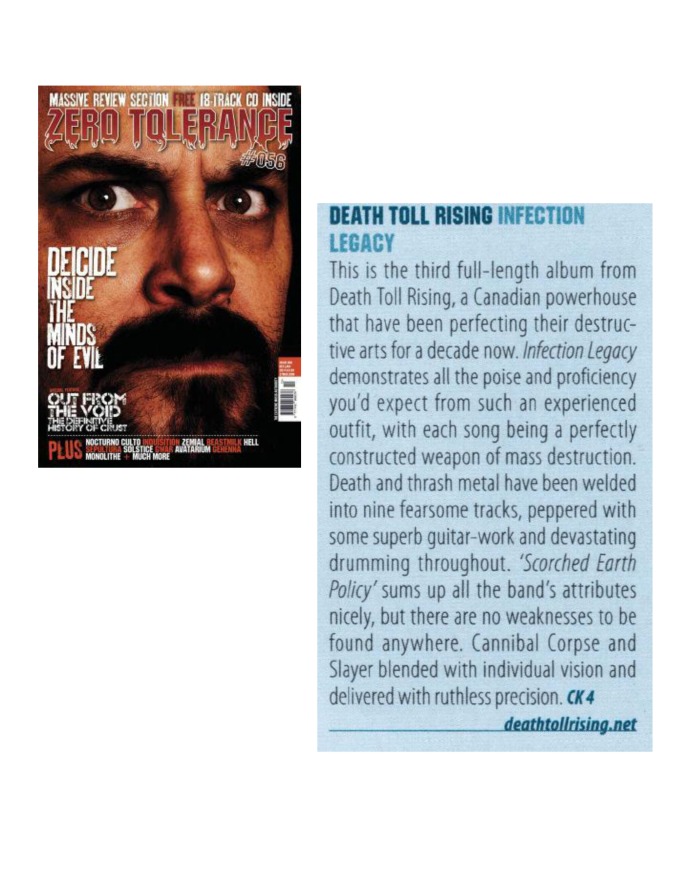 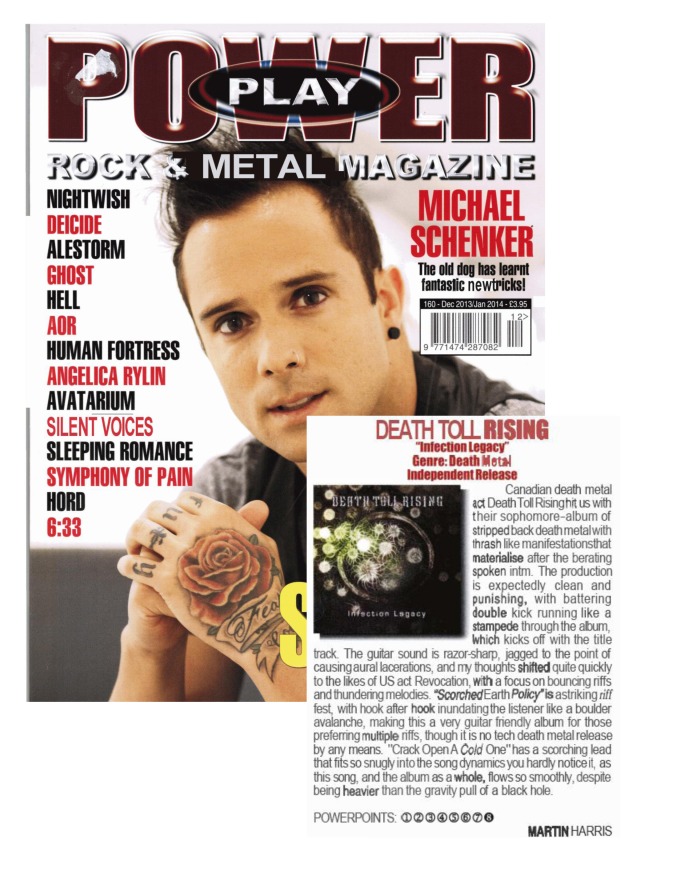