“We are beyond thrilled to present our very first self-titled EP to everyone. After years of hard work and dedication, as well as lockdowns and a few minor setbacks have only made us more prepared and we are finally ready to show you all what we’ve got. Having years of musical background and being good friends for years has added to the energy and chemistry we portray in our live performances. Our debut EP is just a taste of what we’ve accomplished so far as an unknown band in the last 3 years of forming, though we have much more in store coming very soon!

We’re inspired by so many different styles of metal from old school death metal to black metal to slam, it makes it interesting to tradeoff with each other and combines all the elements into one cohesive unit. Though we decided to take a different approach to lyrical content and have our focus on the terror behind psychological experiences and  mental illness

We are trying to keep that old school death metal vibe alive to keep the old school fans excited and more hopeful that this genre will never die, while utilizing and embracing new genres, styles, and production that will capture the ears of the newer generations as well as open a whole new world to the old school fans”. – HARVESTED

“From the first notes of first track ‘Apathetic’ you realize that these men are a serious bet to get a place in the death metal scene, with solid riffs and powerful rhythmic base, also melodic but not soft solo… I like this EP very much, it has all parts you need to listen to death metal: brutality, technical, good execution, guttural, screams, and growls, blast beats, double bass drums parts, virtuous parts and most important, good songs, it’s a sample of how to make everything fit correctly.” 4.5/5 – Brutalism

“There are very few things that are more exciting within the world of music than a good debut. A solid start for a band is something that should get every fan of the style of music the group plays jacked for what could hopefully be a long and fruitful career. Proficient debuts give you something to jam out to in the present but also hope for the future. Take my word for it, the self-titled debut EP from Ottawa-based Harvested (out May 7) is just that type of invigorating release.” – Metal Plague

“Thrashing guitars, blasting drums, and intense, chesty vocals start and end each track. Recording quality and production is good, allowing each of the instruments to cut through the mix… there is a tremendous amount of potential in this band, and I’d absolutely love to hear more from them. I certainly hope that in the coming years, the pace doesn’t slow or abate, as this EP ought to be on any tech-death fan’s radar for mid-2022.” – Metal Epidemic

“Each one of these cuts is something of a short, sharp shock at around the 210 second mark, while other bands could trim some fat and loose a chorus and verse, Harvested go straight for the jugular live and direct, leaving you wanting that extra chorus and verse which is testament to how good their debut really is. A clean and crisp high quality recording, if we were wine drinkers we would say it goes down like a glass of Chenin Blanc but chances are that if you had a glass in your hand, it would be smashed on the floor in your rush to get to the pit for this. ” – Metal Noise

“From the way closer ‘Bereavement’ comes to a thunderous close, you can just FEEL the energy of what is still to come. ‘Harvested’ is a good start, but I know this band have more in them and I look forward to what comes next. But if you need your head caved in for sixteen and a half minutes, Harvested can sort you right out.” – The Killchain Blog

“For a record that’s only fifteen minutes, the tracks on Harvested’s self-titled waste no time in establishing their barbarous quality. Among the style of tech, groove and dissonance, Harvested definitely went for the grooves! The members definitely know their roots and aren’t afraid to pay homage to them. The production quality has an old-school touch to it, which adds a raw vicious quality to the overall soundscape the band has painted. The abominable monstrosity that takes birth, mixed in with serious topics of Mental Illness accounts for a remorseless experience. While this might just be the starting point for Harvested, their self-titled EP establishes their grounds in the extreme realm of metal – all we can do now is wait and watch for what Harvested has to offer next! ” – Metal Genesis

“Five tracks in all with not a single entry which disappoints those who wish for their audio to incite movement. With quality like this on offer scouts should be scrambling over themselves in hopes to represent. I’m expecting future releases to propel the act to the lips of an excitable many.” – Cult Metal Flix

“Non-stop heaviness from start to finish. Every song has a different experience yet they all have memorable and catchy riffs that engage the listener” – Eric Morotti (Drummer of Suffocation)

“The EP is quite awesome and I’ll find myself listening over and over again! They sound like Cannibal Corpse/Dying Fetus and many more. The day Harvested has a show in Montreal you can expect to see me in the pit.” – William Biron

“Presenting Harvested: Hailing from Ottawa is one of Canada’s finest emerging death metal bands. Their debut E.P. brings that good ol’ churning feeling in your stomach like you just chugged a 40 of malt liquor and fell down a hill! Dangerous, disorienting brutal fun. The way death metal should be. If you’re into Cannibal Corpse, Immolation, and Morbid Angel or just having an all-around good time, look no further.” – Brandon Aitchison

1. Collectively HARVESTED members of other bands in Misshapen, Hatred Reigns, A Scar For The Wicked, Harmoniaq, and Maeskyyrn.

2. Harvested is a new role for Adam Semler (Vocals) and Eric Forget (Bass), since they are used to fulfilling other duties in their other bands.

3. HARVESTED recorded, mixed, and mastered the EP in 2020 with Dark Moon Productions, whom the founder also is the other guitarist in ‘A Scar For the Wicked’, which is one of Adam’s bands. Eric was the former vocalist for that band too. The drums were recorded in 2020 at Silverwings Studios in Montreal.

4. HARVESTED members are all multi-instrumentalists.

5. HARVESTED are trying to DIY as much as possible. Harvested is a death metal group with members from Ontario and Quebec. Taking influences from classic death metal legions with a modern touch. The members are ‘Mitchi Dimitriadis’ on guitars. ‘Eric Forget’ on bass, ‘Adam Semler’ on vocals, and ‘Jacob Collins’ on drums. Mitchi is a local Ottawa producer. He’s also taken on engineering the EP and finalized pre-production for the release. Drums were recorded at Silver Wing Studios in Montreal. Guitars, bass, and vocals were officially recorded, all instruments mixed and mastered at ‘Dark Moon Productions’. Adam Semler has been a household name in the Ottawa, ON metal scene taking the world by storm with his groundbreaking projects. Includes but is not limited to A Scar For The Wicked, Misshapen, Hatred Reigns, and Harmoniaq. Harvested is ready to make its debut on May 7th, 2022. Keep an eye out for their upcoming music video release “Apathetic”.
===============================================
The EP as a whole (LYRICALLY & MUSICALLY) explained by the band:
Lyrically, we thought of exploring the topics of mental illness as a general theme. The drums have an old-school death metal feel with a modern touch, intricate yet very aggressive drum grooves. Dark Moon Productions did an awesome job providing us with the sound we were looking for, a modern production but rooted in the styles of the bands that founded this genre. Vocally, Adam’s technique and overall projection is a respectful nod to George Fisher from Cannibal Corpse.
Track by track (LYRICALLY & MUSICALLY) explained by the band:

Apathetic: Narcissism and lacking empathy in a collective society. Starts off abruptly, leading to a very double bass-heavy riff. which then transitions into the main part of the song, building up to the main riff and keeping the energy consistent. Musically it’s one of the harder songs to perform because it gradually builds section by section instead of going to breaks and rests.

Bludgeoned: Paranoia and schizophrenia. It starts with heavy bomb blasts and leads into a galloping riff that compels the listener to bang their head. This song takes the spotlight on the EP because it introduces haunting yet melodic guitar and bass solos. It is also the first song that we composed as a group.

Incognitive: This song is about post-traumatic stress disorder as well as catatonia. It has a classic death metal vibe, an ode to the album “The Bleeding” by Cannibal Corpse. Triplet feel, blast beats, and the song is heavily driven by the vocals.

Delirium is about what someone could experience in an insane asylum. One of our more premature songs but provides a wide variety of riffs that showcases the mayhem that comes from a chaotic mind. 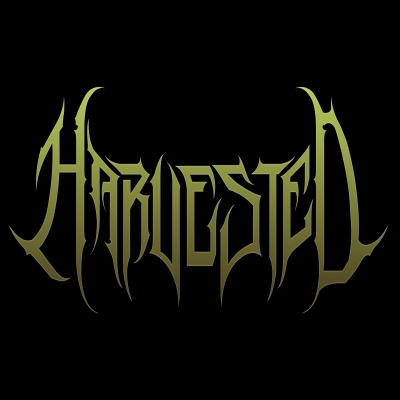