Out Now! Saudi Instrumental Prog Metal DUSK Sophomore EP “To Where I Belong” 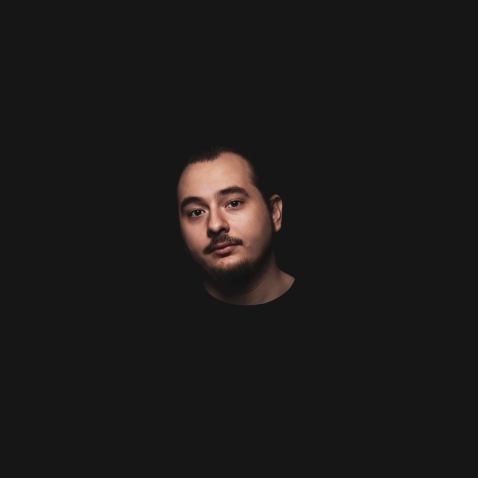 Saudi Arabia’s DUSK is a one-man musical journey from the mind of Meshari Sangora. Presenting his latest EP “To Where I Belong”, the four-track EP of progressive instrumental modern metal is now available as of November 10th.

Taking about 5-6 months from when initially written, the project was completed with its articulated riffs and solos. It is a recording that tells a story of musical taste that’s being challenged constantly and one that the audience will surely enjoy throughout.

“The EP is very raw and in your face with its rhythmic details and with every listen you give it, you can hear something new in the background that you haven’t noticed before,” says Dusk.

“To Where I Belong” is a mixture of clean guitar tones, complex rhythmic riffs, and tasteful lead solos. On this latest recording, Dusk teamed up with two fellow artists and personal friends legendary Saudi guitarist Madani Zakri who has on a guest solo on the track “Epiphany” along with one of the best upcoming modern guitar players from the Riyadh scene, Abdulrahman Elghazali who adds a guest solo on “Fear Is The Thing They Desire”.

“To Where I Belong” is now available for stream and download on Dusk94.bandcamp.com, Spotify, Apple Music, Soundcloud.com/officialdusk

Song Stream – Title Track – “To Where I Belong” – https://youtu.be/hYDRmaJweFA

Track By Track Explained:
1 – Beneath My Fears, being the first track and the opening of the EP,  it starts off with a clean guitar lead till that first riff catches you by surprise & builds off the dynamic tension as the track goes on.

2 – Epiphany, being the second track on the EP, features Saudi legend guitarist “Madani Zakri” as a guest solo where he changed the complete atmosphere with his melodic runs & licks.

3 – Fear Is The Thing They Desire, being the third track that also features one the best upcoming modern guitar players in the scene  “Abdulrahman Elghazali” as a guest solo as well as modernizing the track and giving it a cool extra layer of dynamics.

4 – To Where I belong, the titled track for the EP and the final chapter that concludes the story with its loud riff changing patterns & fast lead runs.

About:
Dusk is a lead electric guitar player with experience of nearly10  years in the music field, working in various music genres such as Metal, Rock, Hiphop, Jazz, Soul, R&B, and EDM.  Some of his musical influences are of the likes of Currents, Erra, Volumes, Led Zeppelin, Andy James, Buckethead, and many more.

Since 2020, he has been releasing his solo projects in metal subgenres like Metalcore, djent, melodic metal, and progressive metal.

Dusk is also a founding member of the group “FIGŪREZ” as they recently released their titled EP “Motherland” where it got international praise.

About EP guests:
Madani Zakri got his musical success from the early 2000s where he got involved heavily in the Saudi metal scene when it was underground.

Adding 12 years of experience in the GGC and UK under his belt, and having deep expertise in other genres like rock, classical music, Eastern music, and pop, he became one of the local legends in the Riyadh music community.

Abdulrahman Elghazali is a Sudanese progressive metal artist based in Riyadh, Saudi Arabia that has been a guitar player for 8 years along with being experienced with other instruments such as the piano and the violin. Some of his musical influences are; Tosin Abasi, Mark Holcomb, Yvette Young.