For fans of A Day to Remember, Beartooth, Wage War, Silverstein, Alexisonfire

“Fractures & Outlines put the extent of their influences into this latest track. Taking hints from hardcore legends, such as early Silverstein or Alexisonfire as well as metalcore hardhitters like Obey The Brave and Killswitch Engage. “Kerosene” also features a guest vocal performance from Salem Trials frontman Jericho Spencer-Champagne to add to the powerful nature of the track.” – Metal Injection

“From the start this track punches its way out of the speakers. It features some of the best growl vocals I have heard for some time. The beat is crazy infectious, in fact the whole track is one big catchy escapism from life as it is. Just what the band intended.” – Backseat Mafia

“FRACTURES & OUTLINES are very talented band. Their music ability is put out as if it were a parade from album start to album finish.” – Metal Temple

“‘’End Of The World’’ throws me back into my emo-phase right away. I am LOVING it! The music is very dynamic, fast and diverse. I like the clean vocals and the growls together. ‘’Echoes’’ starts with high pitched screams, and that is when I was completely sold. The chorus has an original twist to it, there is somewhat of a breakdown in the drumline when you hear ‘’ECHOES’’” – Lyrical Spell Magazine

“Try and fight your way through this album without stopping; you’ll find yourself “Defenseless.”” – PureGrainAudio

“if you are into the post hardcore scene then this album is for you!… As amazing as the album is, I’d be willing to wager that the live experience would be even better. I hope they manage to make it out to SoCal one day or even Vegas I’d love to attend one of their concerts!” – The Music Below

“Overall, Fractures & Outlines debut album provides a more than enjoyable throwback to old-school metalcore and screamo but with their more varied and melodic sound and optimistic lyrics they do add an energetic breath of fresh air to both subgenres. ” – Belgian Metal Shredder

“An interesting choice to the lineup, as the other bands were of the deathcore / melodic metal genre. However, what they lacked in genre similarity they made up for in energy. This was highlighted by their cover of Alexisonfire “This Could Be Anywhere in the World“, which I and the crowd were taken aback by. Not only did they do the cover well, but they got the crowd engaged and were eager to mosh and singalong to it.” – Splice Media Group 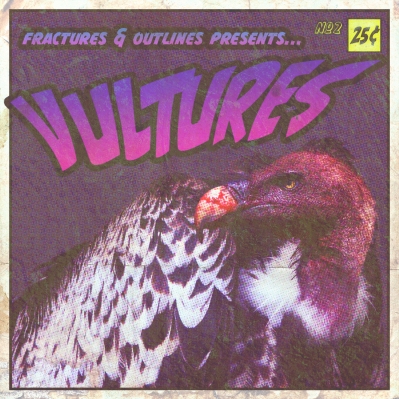 1. Nick actually passed out after delivering the long scream during the breakdown of Vultures, and then proceeded to panic because he thought he had epilepsy. Turns out he just ran out of air (we promise he’s okay).

2. Eric has gotten very good at music production and is the one that produced Vultures and all other upcoming singles.

3. The reason why we’re going for a comic book theme for our single artwork (all made by Nick) is that Nick considers that each song represents one of his inner demons, or villains, and tells its own story.

4. Max is our lead guitarist despite having the smallest hands we’ve ever seen on a human being.

5.  Matt had issues with Carpal Tunnel Syndrome and once played an entire set with his drumstick duct-taped to his hand. 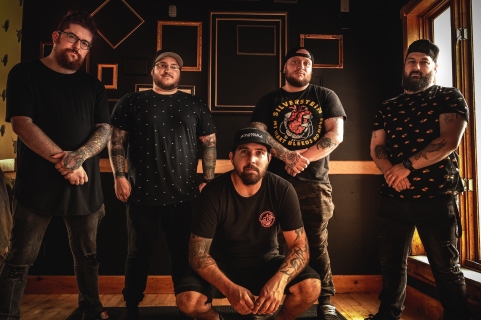 Ripping out of Gatineau, Canada, Fractures & Outlines is a post-hardcore band with influences ranging from Silverstein, No Use For A Name and Killswitch Engage.

The band came together in 2014 and work tirelessly planting their feet in the local underground music scene. Intrepidly, they created their first EP ‘Checkmate’ in 2017, which was met with solid acclaim from various publications.

As a team, the band works on each song together crafting heavy hooks, catchy choruses, and brutal breakdowns with lyrical themes about internal struggle and having to fight your own demons. Working to further develop a sound that is their own, they hit the studio in 2018 to start work on their 10 track full-length ‘Defenseless’ released in May 2019.

In 2020, a year after the release of their debut album, the band returned with their follow-up single “Kerosene”. The band teamed up once again with producer Joe Lyko (Dark Moon Productions).

Now in 2021, Fractures & Outlines return with their next single “Vultures”. The track was written amidst a band hiatus in the middle of the Covid pandemic. It’s a hard-hitting mosh anthem that fulminates their band’s frustration towards the current state of the world and their anger concerning seeing people around them falling for misinformation and conspiracies. As you listen, you can hear a blend of musical elements similar to early Silverstein and heavy-riffing like A Day to Remember.