““Memoirs Of Unbecoming” with themes of hope, loss, courage, and perseverance in the wake of uncertainty. Stripping away all that we are and seeing what’s left, in the moments that shape us. The songs on this record are raw and honest in their expression, and (while not inherently “true stories”) are all inspired by such moments that we’ve faced as people. In that sense, they are our memoirs of unbecoming.” – Vela Pulsar

“This is a record that makes for a much more hopeful tone than what most of black metal would rather touch, but we’re not dealing with typical black metal here as “Memoirs of Unbecoming” really morphs the sound to something that it can call its own with still be wildly cohesive, immersive, and entertaining.” – Head-Banger Reviews 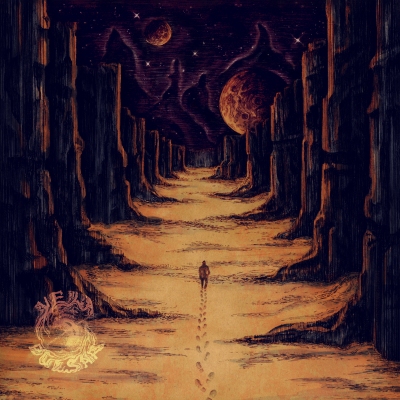 Album Recording Credits:
• All songs written and performed by: Vela Pulsar
• Produced by:
Collin Young at Genesis Sound Inc. in Toronto, ON
Sacha Müller at Dead Aunt Thelma’s Studio in Portland, OR
Roland Rodas at Cavern Of Echoes Studios in Toronto, ON
• Mixed and Mastered by: Greg Dawson at BWC Studios in Kingston, ON
• Album Artwork by: Marie Cherniy

1. “Levitations” starts the album on a rather positive note, being rather playful, upbeat and catchy. The warm lyrics accompany it until they take a drastic and stark turn towards chaos. The music follows as it becomes increasingly dark, aggressive and violent, before elevating once more to end the song with an aura of hope. The final notes close the song with a sense that the journey has only just begun.

The lyrics also incorporate themes of astral projection; where a sleeper’s soul leaves their body and can see it from above, and not only can dream, but enter the dreams of others. Hence the sudden shift in mood in the lyrics (dreams are often the same), and the title “Levitations.”

2. “Reverence Of Being” conveys both a sense of struggle and of overcoming adversity – both physically and within – while being paired with a sense of hope. While not a direct reference, it could be looked at similarly to the Nietzsche quote ‘to live is to suffer, to survive is to find meaning in the suffering,’ and both of those aspects being a part of you and are worth revering. This is shown in the music too, through moments that are both dark and foreboding, and warm and uplifting, leaving you with the conclusion that despite all that’s happening, the only thing you can do is persevere. With the inclusion of orchestrations, acoustic guitar passages, both tribal and blast beat drumming, dark atmospheres, a melodic climax and a soaring ending, Reverence Of Being is a representation of nearly everything that Vela Pulsar embodies as a band.

3. “A Refuge Impassable” is the most desperate song on the album, further bringing in themes of betrayal and hopelessness. There’s a constant element of searching – searching within another, searching within oneself, searching within one’s surroundings and past experiences. A bleak lyric, the protagonist never finds that refuge as it remains out of reach. She opens the song singing sorrowfully over somber acoustic guitars before the rest of the band breaks in with a mournful fusion of post-metal and black metal. As orchestrations return, the album’s story reveals its true ending with tragic chords, tribal drumming and call-and-response singing and screaming before unleashing a final bout of fury from every member of the band. As lamenting acoustic guitars draws the album to a close, she closes her eyes for the last time and another world awaits her now.

1. Vela Pulsar is technically an “international” band, with members residing in both Toronto, ON and Portland, OR

2. Though living far apart, Ryan and Samantha are best friends, having met through the same former music teacher and business mentor.

3. “Memoirs Of Unbecoming” was a very challenging record for the band to complete, as part of the recording took place during the COVID-19 pandemic which posed difficulties with the various ways it affected their lives.

4. Ryan and Cam are brothers, and share another band together as prominent members of Toronto’s A Flock Named Murder

5. The pulsing sample between the songs ‘Levitations’ and ‘Reverence Of Being’ is an actual radiotelescope sound recording of the Vela Pulsar (PSR B0833-45), from the CSIRO Parkes Observatory in Australia. 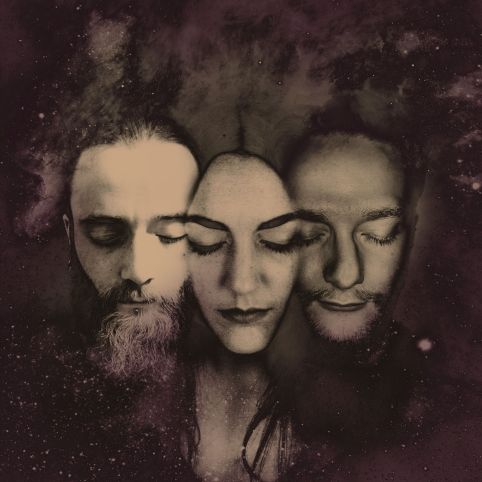 With members residing in both Toronto, ON and Portland, OR, what originally started as a personal project between Ryan Mueller and Samantha Holmes became a more serious band when Samantha proposed doing an album. This led Ryan to recruit his brother (and fellow A Flock Named Murder bandmate) Cam to handle the drums. Thus, Vela Pulsar was born.

At over 30 minutes in length, the debut “Memoirs Of Unbecoming” deals with themes of hope, loss, courage, and perseverance in the wake of uncertainty. Stripping away all that we are and seeing what’s left, in the moments that shape us. This manifested into a swirling and emotional hybrid of symphonic and post-black metal, for fans of Alcest, Uada, Altar Of Plagues, Caladan Brood, Sojourner, Aquilus and Agalloch.

“Memoirs Of Unbecoming” was released on December 8, 2020 and available on digital platforms.