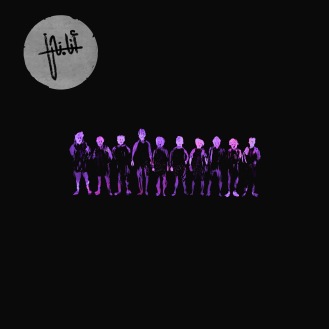 “The mysterious music project Ana.n7n describes itself as a collection of “musicians and storytellers”, fusing Arabic with a multi-layered approach to music composition, from nu-metal to prog rock. The end result is an impactful, yet playful, jam in ‘Esh Saweet’ (what did I do)” – Switched Mag 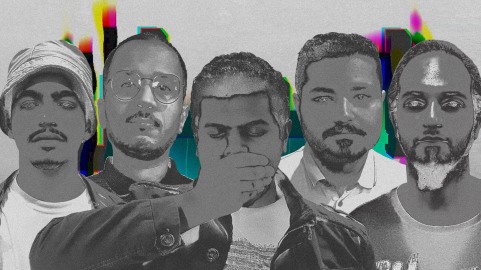 They are only one of a few bands from their country doing heavy music in Arabic vocals.

“There isn’t a lot of music in our genre that converses with the listener using vernacular language and we truly wanted to showcase this in our stories, music, and visuals.” adds the band.

To date, since the band’s formation in 2019, they have released three singles, “Youm Bedon Shams”, “Al-Awwal”, “Esh Sawet” and are currently working on their fourth “Sonnaa Al Dayaa” to be released on May 22nd, 2021. All will be featured on the band’s debut album “(untitled)” to be released later this year from Saudi Arabian based label Wall of Sound Records.

“We genuinely think it’ll be received positively by most local listeners and worldwide, be it they’re into the type of music we make or not. This album is unique in the way it is presented and we feel like it could set a standard for other acts to follow.”

The planned album “(untitled)” will be a concept record that will tell one story about how social media affect us along with the people around us. Each track will be a chapter / themes covering topics such as the double life of a social media influencer, the effects of social media on self-esteem, cyber-bullying, etc. The band is aiming to take the listener through an engaging journey of ups and downs. They want people to be keener to the experience of listening to one coherent narrative of music, and they hope they manage to achieve that with this album.

“The themes of the songs affect the sound textures we choose, this is best exemplified in songs like Youm Bedon Shams (Galactic and dark), Al Awwal (anxious and competitive), and the yet-to-be-released Al Rakhees (dirty and deceiving).”

All the songs on the full length are meant to be viewed with accompanying artwork on Instagram and YouTube for the full audio and visual experience. It will also be sung entirely in Arabic and be an album that is percussive, heavy on the bass, with synth providing a melodic and dark background to it, along with Middle Eastern melodies.

Post-Covid, Aana.n7n is very much looking forward to hitting the stage and incorporating their visual art with their live performances.