“This tune was a lot of fun to write, and I feel it flows a lot better than songs I’ve released in the past. One big difference is the use of live drums, played by the amazing Mike ‘Machine’ Mallais.  Previous music I’ve released has used programmed drums, and while my programmer did a great job, there is just something about live drums and Mike slayed it on this track. This is the first of several new songs I’ve got lined up this year, and I am very excited to play these live when it is safe to do so!” – Matt Chanway

For fans of Plini, Scale The Summit, Animals As Leaders, CHON

“For fans of artists like Animals As Leaders, Scale the Summit, and Plini, “Unrelenting” showcases all of Matt’s various technical guitar abilities. From angular, dissonant riffs and pummeling rhythms to all manner of lead shredding, the track is jam-packed with all kinds of prog goodness and is undoubtedly sure to please fans of the genre.” – Gear Gods

“Solo artist Matt Chanway is a shredder whose instrumental compositions elicit comparisons to Conquering Dystopia, Alluvial, and the like. It becomes immediately evident that the dude knows his way around a fretboard (having studied guitar performance at the University of West London), but his widdely-woo is tasteful enough so as to not become tiresome, with care taken to first craft a sick riff to wail over. You can watch the maestro at work in this playthrough of “The Receiver of Wisdom” – a ditty from his debut self-titled album released on Christmas day 2016. A fine gift suited for even Jesus himself.” – Geargods

“if you find bands like Megadeth, Revocation and guitarists such as Jeff Loomis to be up your alley, Matt Chanway’s debut effort is absolutely your cup of tea and you would be well-advised to give it a spin. A compelling debut in every aspect.” – Metal Assault (Album Review – Self-Titled 2016)

“‘Eyes in the Sky’, just WOW! This is my ultimate favorite track in this album. Drums and guitars parts are just awesome. I love the guitar riff so much, and how the drums breaking-it over it. It’s just stunning. Also, the next part took me back to my beloved 80s metal era! I really felt the guitar here was the vocalist, not just a string instrument doing some melodies. The solo of this track took an oriental mode, which helped the track output very much indeed.” – Rock Era Magazine (Album Review – Self-Titled 2016)

“You can hear the love of playing the guitar that emanates from the fingers of this extremely talented player with song after song of thrills and heavy shredding.” – Altered Frequencies (Album Review – Self-Titled 2016)

“This is not an album just for shredders, it’s for anyone who wants an album of great metal that will get your head banging and wear your air guitar out.” – The Ripple  Effect (Album Review – Self-Titled 2016)

“Burstfire solos, frantic time signatures, complicated riffing and the like are all signposts of an artist who wants to see how far he can go. Unsurprisingly, this ambition pays off. The release could stand on its own as proof that Matt could play alongside the world’s greatest in shred guitar.” – Prog Sphere Magazine (Album Review – Self-Titled 2016)

“The progressive metal genre never ceases to provide scores of insanely skilled guitar-slingers, and Vancouver’s Matt Chanway can now be recognized as another mind-blowing practitioner of the style.” – Guitar.com 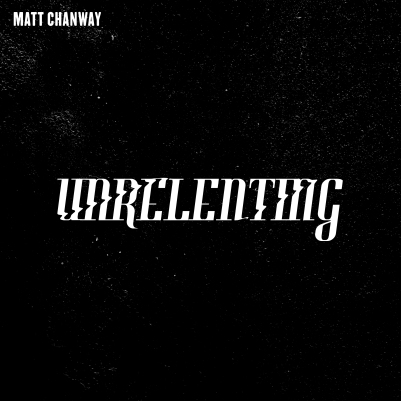 Matt Chanway is a Canadian guitarist, instructor, and session musician from Vancouver BC. His debut album was released in 2016 to critical acclaim, and not long after finished as a finalist in Guitar Idol, the world’s foremost guitar competition showcasing the top emerging players on the planet. In 2019, Chanway released the follow-up single “The Beyond”, once again to high praise. Holding a Fellowship in music performance from the University of West London, Matt teaches guitar and theory full-time in his hometown Vancouver BC.

Matt’s playing is inspired by a combination of the old and new school, with rock guitar players from the ’80s, modern progressive “shredders” such as Dan Mongrain and Jeff Loomis, as well as 70’s jazz-rock musicians John Mahavishnu and Al Di Meola. Fans of challenging, progressive, intense instrumental music – artists such as Plini, Alluvial, Tony Macalpine, Animals As Leader – will enjoy Chanway’s music.

Now in 2021, Chanway returns with a fresh new single entitled “Unrelenting”, an upbeat, shredtacular track to take listeners on a wonderful sonic adventure of instrumental progressive metal showcasing his authentic guitar themes, and addictive riffs. Plans for more music in 2021 is already in the works, and Chanway looks forward to sharing his razor-sharp passages meld with soaring solos.