“‘Encounters of the Frozen North’ has a lot of thundering, jolting power along with some killer riffs and a dark, somewhat Eastern-influenced melody that worms its way into your head. The music is capped by jagged, tyrannical vocals that make a powerful impact and by a serpentine solo that underscores the reptilian menace lurking within the song.” – No Clean Singing

“The floor of the venue was already seething with eager humanity as local opening act Winter Nights took the stage to kick things off. Sometimes the warm-up acts accomplish little more than to give fans a chance to hit the merch stands or catch up with friends, but the creative vision of Jeremy and Efrain Farfan demanded attention with their tight, more brutal take on Melodic Death Metal. Harsh vocals combined with technical playing and some ultra-melodic guitar leads kept fans engaged and cheering after each song. Winter Nights has been around since 2007, having recently released full-length album An Endless Apocalypse in July of last year. Something like Grave and Amon Amarth meets mid ’90’s Carcass with some mosh-inducing breakdowns defines their sound, with the highlight of the set being the killer “Doomsday Code” and “Deceptive Dreams.”” – Cryptic Rock (Live Review 2015 opening for Dark Tranquility)

“With a distinct Scandinavian flair, but coupled with a bit of the ole US brutality, theirs is a nice melding of catchy older melodic death metal here (read: no watered down pop choruses or the like). “The Doomsday Code” is the cut of choice, with it’s all out thrashy approach that is sure to get the adrenaline pumping and features a solid solo towards the end and even touches upon some black metal influences as well. There’s plenty here that should appeal to fans of anything from Amon Amarth, Arsis, or Dark Tranquillity” – Dead Rhetoric (Album Review 2014 – An Endless Apocalypse)

“a strong debut. The album highlights the bands strong points and shows they can be both intense, brutal and then melodic at just the right moments. It will be interesting to see how they evolve in the coming year. Be sure to listen to their previous demo releases and support them at a venue near you.” – Artemortifica (Album Review 2014 – An Endless Apocalypse)

“This band may hail from the streets of NYC, but after listening to this album I’m convinced Winter Nights sailed here from Scandinavia in a giant ship to claim New York as their raiding territory!” – Up From The Underground Reviews (Album Review 2014 – An Endless Apocalypse) 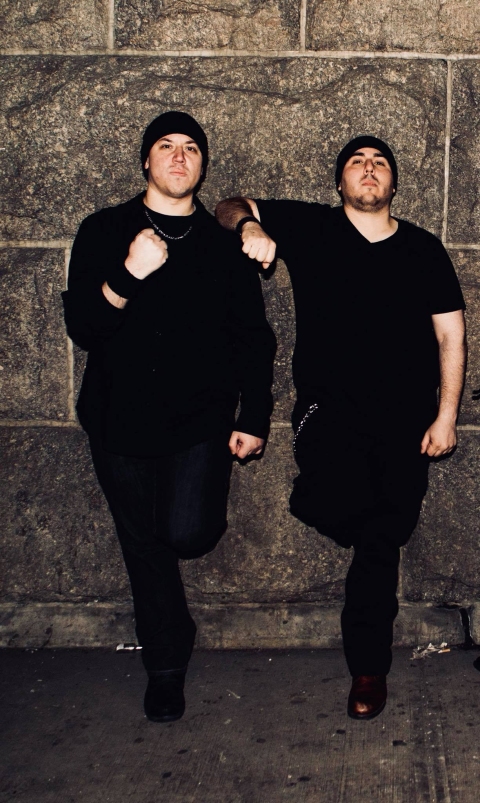 Winter Nights is a four-piece melodic death metal band emanating from Brooklyn, New York in the winter of 2007. The sound and lyrical themes of their music portray loss, pain, grievance, and darkness.

Guitar driven melodies evoke visceral reactions to the mythic end of the world. They are an integral part of the thriving New York metal scene. As of 2020, their formation consists of dueling guitar brothers Jeremy and Efrain Farfan who also cover vocals, bassist Martin Tune and drummer James Yarusinsky.

The two Farfan brothers came up with the idea for the band after a New Years’ toast and after recruiting a friend they started writing music together and the rest is history. Trading endless amounts of riffs the Farfan brothers devise the majority of the music before presenting it to the rest of the band to be beefed out in the rehearsal studio.

Mainly inspired by nature, places of travel. different scenery. Jeremy gets his ideas from places he’s traveled such as the cliffs of northern Ireland, catacombs of Montreal, nighttime canals of Venice, and the eerie silence of Central Park at night.

Playing with similar bands such as Kalmah, Belphegor, and Insomnium, and on festivals including Maryland Folkfest and Poconos Folkfest, Winter Nights is a mainstay in the New York metal underground. With personal influences rooted primarily in metal, the members of Winter Nights make provocative, despairing, genuine songs. In 2008 they released a self-titled demo EP, followed by another EP “From Darkness Till Dawn” in 2011, and a full length “An Endless Apocalypse” in 2014. 2020 brings a new self-titled album due out July 31st.

Album Credits:
– This album was recorded between 2015 and 2018 at Atomic Sound in Brooklyn, New York
– All songs by: Winter Nights
– All Lyrics by: Jeremy Farfan
– Engineered by:
Oliver Palomares: Encounters and Unmarked Grave
Dakota Bowman: Starved For Energy, Withdrawals, When December Burns, and Day The Sun Died
– Mixed by: Neil Kernon
– Mastered by: Alan Douches of West West Side Music
– All Artwork by: Giannis Nakos at Remedy Art design
– Logo by: Luis Hermosilla at Luigiht Design
–  Member of ASCAP