“they’ve made a name for themselves in the ol’ Heavy Metal City™ with their energetic performances. And you know they have what it takes, since they won this year’s En Route Vers Heavy and literally earned their spot to perform. So technically speaking, this is gonna be an award-winning performance!” – Forget The Box (Heavy Montreal 2019 preview)

“I had the pleasure of being a judge at En Route Vers Heavy and these guys were my number one choice. I am so happy they won and got to follow their dream. They fucking destroyed.” – Bucketlist Music Reviews 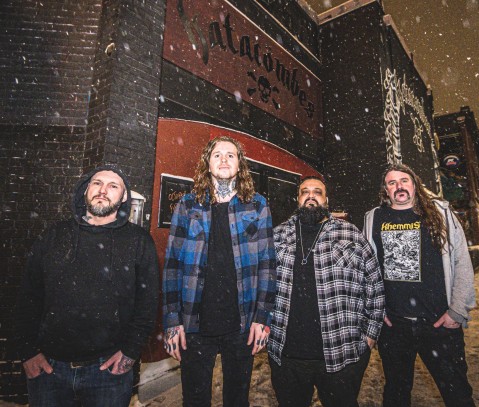 Heavy, sexy, and southern. Those are the best words to describe Montreal’s Junkowl.

Formed in 2017, their unique blend of groove metal, stoner, and hardcore is matched with high energy ‘in your face’ performances. A year earlier Jesse Frechette (vocals) met Dom Labrie (drums) and after a few jams they picked up Marco Larosa (guitar) and Samuel Matte (bass) and the rest is history. The writing process is a collaborative one, with melodies and vocals usually forming on the spot.

Moving through the underground music scene, Junkowl quickly made a name for themselves when they won the 2019 ‘En Route Vers Heavy Montreal’; a competition between nearly 200 bands, landing them a spot at that year’s edition of renowned metal festival Heavy Montreal.

On June 5th, 2020, they  will release their debut album, “Making Out With My Death”, a 10 track record full of sultry and powerful songs about past regrets and self-destructive behaviour. It includes the band’s favourite “10,000 Vultures”, the first song Junkowl ever wrote, which was completed after the first jam together. Almost all the lyrics were freestyle during that jam.

With no sign of slowing down, Junkowl has more tunes in the works and pouring passion into their live performances and newly recorded tunes. Stay tuned for party animal blues; fat spliffs and heavy riffs. 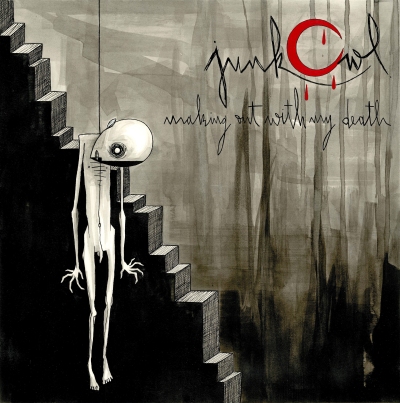 Shared Stage with:
Billy Bio, The Great Sabitini, Mountain Dust, Gutser, Junko Daydream, Venomenon, Many, Thy Will Be Done