“The sound of these Mexicans improved in industrial proportions and this innovative and varied approach to their music, presents the extreme and melancholic detail that Doom/Death Metal left forgot long ago.” – breathlesssleep.com

“…When Dead” will be marked as a milestone in MAJESTIC DOWNFALL’s career and the band’s next works will be measured from here. I can easily see this album making it into hundreds of end of the year lists for 2015. Listen and buy “…When Dead” – Voices From The Darkside

“Waters Of Fate is without doubt a Majestic Downfall album. You can still hear the influences of bands such as Katatonia. But the band composes their songs in a way where they do not forget where they are coming form but still find new angles. Add the great mix/master by Tore Stjerna (Necromorbus Studio) and you know they created a mighty album.”  – Lords of Metal 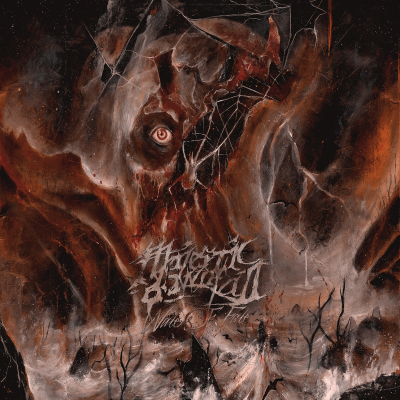 Majestic Downfall started as a one-man doom journey in August of 2006. The idea was to recapture the feeling of the 90s European death/doom metal scene, while mixing it with some more modern metal overtones. In 2007, MAjestic Downfall pressed its first demo titled – “The First Abyss Demo 2007” which was later released in a split with Italian black/doom metal band Ansia.

On April 6th, 2009, Majestic Downfall released its debut full-length album, “Temple of Guilt”. This time the music contained a darker edge full of sorrow and new influences from bands like Shining and Forgotten Tomb. 2011 saw the release of “The Blood Dance” album which contained 7 sorrowful passages with an even darker edge than Temple of Guilt. The “Three” album was released in 2013 and this time the sound contained even more experimentation in the music but without staying too far away from the band’s musical roots. 2015 sees the release of “…When Dead”, an album that is not only the bands most diverse output incorporating lots of influences outside doom metal, but one that also and for the first time has an important backing label.

In 2018, “Waters of Fate”, was released in 3 different continents by 3 different labels. It is mixed and mastered by Tore Stjerna (Watain, Portrait, Mayhem) at Necromorbus Studios in Stockholm, Sweden and definitely more and more opportunities in all areas coming along the way for the band.