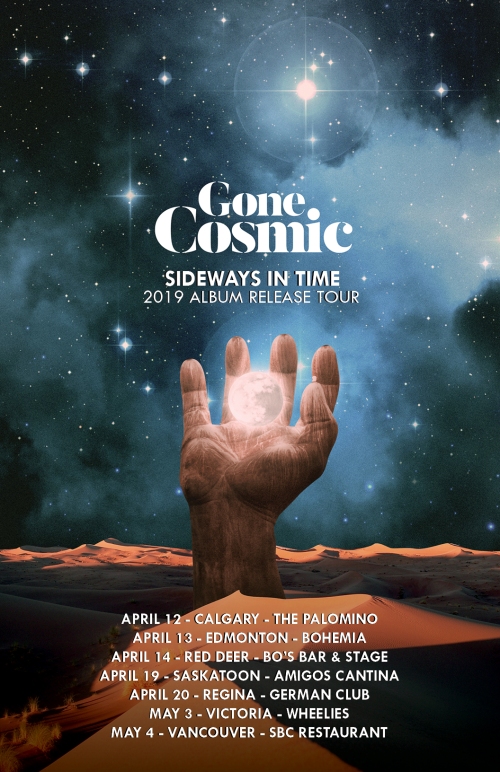 “And then there’s Gone Cosmic with their Sideways In Time album, released through Kozmik Artifactz. Set for an early April release this is some grade A, female fronted psych rock, it whirls and it winds and it wails like a hard rocking banshee on the prowl! Simply stunning!” – Stoner Hive

“Fresh off of announcing their signing to the Kozmik Artifactz label before the April release of their debut Sideways in Time (so bleeding bloody good, by the way), this Calgary supergroup comprised of members of Chron Goblin, Witchstone and Joplin-esque lung pummeler Abbie Thurgood, formerly of The Torchettes, are a heavy, groovy, psych-storm, headtrip. You’re welcome.” – Mike Bell – YYScene

“Awakening the ears and seducing souls with an addictive pairing of folk-blues and psych-rock, Calgary’s Gone Cosmic is a band that thrives on the mix of complementary and contrasting traits that each member brings to the party. “  – Christine Leonard  – Beatroute

“The electromagnetic energy generated when Thurgood’s soaring vocals and passionate lyrical narratives are added to the compelling riffs and hypnotic pulses of the band’s instrumentation is a stunning and stimulating force to behold. “  – Christine Leonard  – Beatroute 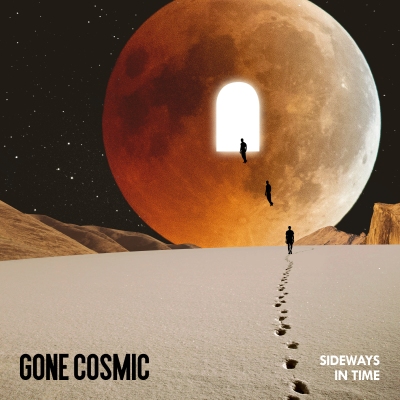 A blood (orange)-scented breeze that bows the trees, Gone Cosmic chases the infinite haze from the skies and puts it right back in your eyes. Groove-mining breakdowns become the stuff of legend as the four pieces’ floor-thudding tail kick and hellfire halo holler originates a whole that is far more potent than the sum of its individual elements. Meet your new astromancers, the phase-shifting and hard-rocking force that channels the empyreal sounds of heaven on Earth.