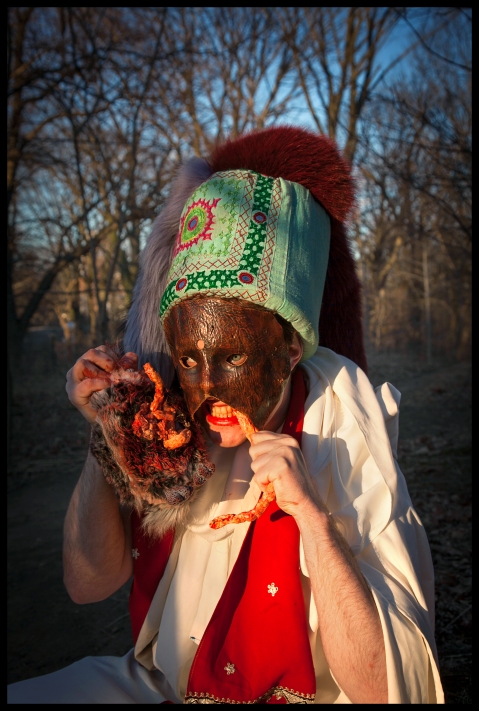 Autocatalytica is a bubbling cauldron of scatter-brained prog-metal insanity helmed by guitarist/vocalist Eric Thorfinnson. The newest release for the band is “Powerclashing Maximalism”, which is coming out on October 16th of this year. In anticipation of the release, Autocatalytica is releasing the single “Zippler” today via its premiere on TheProgSpace HERE.

Psychedelic variegated groovy maniacal ethereality is summed up by Thorfinnson in his own words:

“’Powerclashing Maximalism’ is an expression of the many different facets of progressive and heavy music I am engaging at this point in my life, with little to no regard for thematic consistency between tracks. Each song is a fully realized Island of uniqueness that expresses something totally different from the previous one.”

The single “Zippler” is a mix, pretty much right down the middle of Protest the Hero and the Mars Volta, it’s zippy, groovy, and it has got some chaos thrown in for good measure, written about the illusion of free will. It was a last-minute addition to the rehearsals and decided upon due to the need for something super fast to fill out the record. It features clean vocals from Parliament Owl’s and Telomere’s Devlin Flynn and screams from Plethora’s Gary Walsh.

Formed as a solo project in 2009, as an expressive outlet for Thorfinnson’s abstract angst and penchant for everything over the top. Thorfinnson has always drawn inspiration from a vast collage of different artists resulting in a sound that is sure to surprise and intrigue listeners of all persuasions.

The LP “Powerclashing Maximalism” is the band third and it explores all corners of Autocatalytica’s sound in a tight 36-minute runtime over eight tracks, from the Meshuggah-esque stomp of “Borndun” to the Jazzy Math Rock of “Cheggo”. While at this time Autocatalytica exists solely as a recording project, no one knows what the future holds!

For fans of Devin Townsend, Meshuggah, and Protest The Hero, the full release will be available on October 16th.
Album pre-order at Autocatalytica.bandcamp.com.

“With a bewildering, cross-pollinated sound that makes The Dillinger Escape Plan sound like Nickelback, the math-metal crew Autocatalytica are pushing the boundaries so far that they may just fall off the world’s edge…  While the math-metal scene seems to have stayed in the same creative spot for the last 15 years, Autocatalytica’s music exists in its own psychotic realm, wherein jazz-tinged extremity and melodic mazes conjure a disorientating blur of psychedelic noise. The band have also earned themselves a formidable reputation as a truly mind-bending live act.” – Metal Hammer

“Autocatalytica aren’t alone in bringing in so many outsides elements into a mathcore-focused sound, they are definitely one of the most ambitious and grandest groups I’ve heard do so to date.” – No Clean Singing