You Definitely Want To Hear Wormwitch And Their Track “Coffin Birth”

Get ready for an experience like no other, this isn’t just a metal festival, it’s a metal family reunion! Onsite camping is encouraged so get ready for a full weekend of metal. Hang with bands, enjoy some kick ass music and check out the suspension demos, guitar and drum clinics, freak shows, food trucks and everything else that the big guy probably doesn’t approve of.

Yes it’s Loud As Hell so bring your earplugs and get ready for over 30 bands playing over three days! Moving into its fifth consecutive year Loud As Hell Heavy Metal Festival promises to be bigger and heavier than last year during the August Long Weekend starting July 29th – August 1st in the heart of the Badlands in Alberta, Canada. Dinosaurs and hoodoo’s are the perfect backdrop to showcase some of the nations most talented bands including Unleash The Archers, Archspire, Into Eternity, Titans Eve, Ninjaspy, Divinity, Disciples of Power and more! (full list below).

In the past the festival has hosted artists such as Kill Devil Hill,Three Inches of Blood, Protest the Hero, KEN mode. Organizers are excited to bring even more Canadian Metal to the Canadian Badlands! Long live heavy metal!

Delivering a lethal dose of symphonic, blackened death, Montreal, QC metal masters NECRONOMICON are returning in 2016 with their latest offering‘Advent of The Human God’ set to be unleashed via Season of Mist on March 18th for Europe and March 25th for North America / rest of the world. The brutal assaulting soundtrack is the follow up to their previous SOM release 2013’s ‘Rise of The Elder Ones’. ‘Advent of the Human God’ seesNECRONOMICON at the height of their powers and is the veteran band’s definitive album to date with tracks like ‘The Golden Gods’, ‘Unification of the Four Pillars’, ‘Crown of Thorns’ and ‘I Bringer of Light’ that demonstrate how deadly their extreme metal can be. Album pre-order available at http://smarturl.it/NecronomShop

Teaming up with Loudwire, NECRONOMICON premiere the full stream of‘Advent of The Human God’ at the following link: http://loudwire.com/necronomicon-advent-of-the-human-god-exclusive-album-stream/

Vocalist Rob The Witch comments on the album:

“Humanity can challenge the imposed system that have been forced and imposed on us since birth. Most humans are forced into religion and politics, a system based on religion controlling what you think, how you should think and believe what is good or not accordingly to their rules. Laws have been made based on moral dictated by religions and with time applied in governments and politics. How long will mankind will stay a slave and refuse to embrace is own power to become one with the great all. We are part of the universal creation, we are one with all and all in one. We are gods, dark gods, and it is our duty to thin the herd.”

About:
With ‘Advent Of The Human God’, NECRONOMICON present themselves at a new height in their long lasting career, which began as early as 1988 with the founding of the band by guitarist and singer Rob “The Witch” Tremblay in the deep northern part of Canadian province Quebec, called the “Fjord of Saguenay”.

The Canadian veterans keep their tracks as gloriously epic as furiously massive and harsh. Songs like “The Golden Gods”, “Unification Of The Four Pillars”, “Crown Of Thorns” and “I Bringer Of Light” tell of experienced songwriting and an eclectic wide range of influences that flow into the sound of NECRONOMICON. Nodding to DIMMU BORGIR and BEHEMOTH to DEICIDE and SUFFOCATION, these extreme metal addicts carve their own sound out of the much cherished ingredients of brutal dark music.

NECRONOMICON have a well-earned reputation for quality by releasing material only when ready and satisfied with the outcome ever since their demo entitled “Morbid Ritual” (1992) firmly established their name within the underground. “The Silver Key” EP (1996) led to mainstream recognition on a national level, but their debut album “Pharaoh Of Gods” (1999) and the sophomore “The Sacred Medicines” (2003) did even more to establish the band as a household name in Canada. “Return Of The Witch” (2010) marked the international break-through for NECRONOMICON, and saw them performing at prestigious festivals such as Inferno (Norway), Ragnarok (Germany), and the Barge To Hell metal cruise among others, while sharing stages with acts such as CRADLE OF FILTH, DIMMU BORGIR, BEHEMOTH, and MORBID ANGEL, to name but a few. Their steady advance around the globe grew considerably in impact by their next full-length “Rise Of The Elder Ones” (2013). Now NECRONOMICON are more than ready for the next step with ‘Advent Of The Human God’. Lay back and enjoy the darkness! 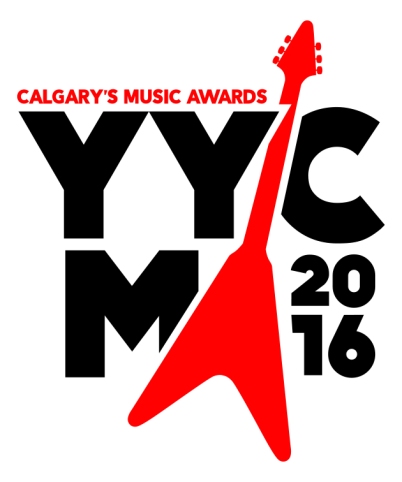 YYC Music Awards – September 25, 2016
YYCMusicAwards.com | Facebook
Recognizing the achievements of Calgary’s music community, the YYC Music Awards is proud to announce their inaugural year in supporting and celebrating the wide range of musical talent based in the city. Honouring artists in 19 categories (list below), the YYC Music Awards is taking submissions until April 16th for this year’s first annual gala being held on September 25th at a venue later to be announced.
The YYC Music Awards are founded by music industry veterans Darren Gilbert (producer, Off The T-Can Studio), Shannon Ambrose (The Portal Magazine), Larry Mayell (artist manager) & Leanne Harrison (SIN Agency) to celebrate the artists that embrace Calgary at home, entertaining and supporting its arts and culture.

“With 2016 proclaimed as Calgary’s Year of Music, we felt it perfect timing to announce the YYC MUSIC AWARDS to take place this September. We think it’s deserving to shine the spotlight on Canada’s third largest city and its vibrant music scene.” comments Shannon Ambrose.