“an impressive debut, with enough hooks to catch ears wherever it gets play. So grab yourself a copy, turn it up, and consume some mean doom.” – The Burning Beard

“A strange and bewildering piece of psychedelic doom metal, inspired by both old school doom and black metal, this debut by Canadian act Wykan is certainly something special. ” – Merchants of Air

“Montreal riff metallers Wykan make their debut April 13 with the SolaceEP. It is not intended for background listening. Even at three tracks/24 minutes, it’s not the kind of thing you “just put on” while you’re picking up around the house or working or whatever you might be doing. It demands attention and demands it early.” – The Obelisk

““The Gathering” is an undeniably intense song that passes through changing shades of mystery, tension, torment, and gloom. The stage is set through a slow, reverberating guitar melody, whose ringing tones create a mystical aura, and by a solemn, heavy riff that itself has an otherworldly cast. The increasingly acrobatic drumming and the vibrancy of the throbbing bass drive the energy of the song higher, as does the swirling lead, which creates a feeling of growing disquiet and pain, made even more distraught by the vocal combination of acidic rasping shrieks and harsh roars.” – No Clean Singing

“Impressively eclectic, undefined by any one genre, with a healthy disregard for boundaries, ‘Solace’ could easily be called a cutting-edge production, traversing many genres and perceived barriers, within metal. Less of an EP to enjoy and kick back with and more one to concentrate your thoughts on, perhaps, but otherwise, it’s intelligently thought provocative, with touches of genius.” – Jenny Tate’s Blog 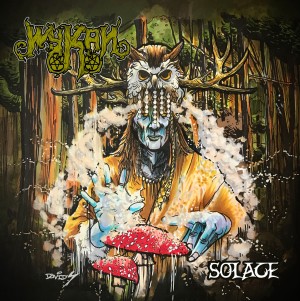 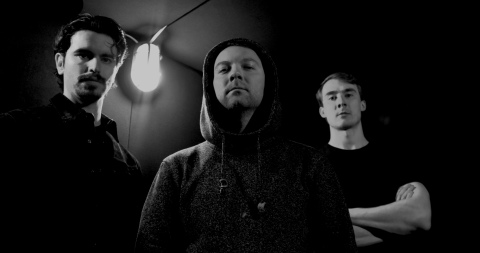 Founded in 2017 by guitarist/singer Jeremy Perkins, the project plays a blend of Psychedelic Doom / Heavy Blues / Stoner Rock in the classic format of bass, drums, and guitar, whose experimental and massive sounding music is anything but easily definable.

After less than 8 months upon creation, Perkins’ project debuts it’s EP  “S O L A C E” and delivers a heavy brew, blending these genres in a soup of atmospheric groove, evoking spirits of heavy riffs and hot tubes overridden and pushed to the limits in a ceremonial manner!

Like a theatrical movement each song delivers it’s own atmosphere, depth, sound & universe.

As they continue on this path of ceremonial heaviness, Perkins promises more experimentation with a new EP set for 2018, along with new contributors and approaches to this undulate witchcraft – unleashing more blues into your veins.

Welcome to the Wykan Cult Gathering and ceremony.

“Solace” was released on April 13, 2018 and available for order on Bandcamp here.