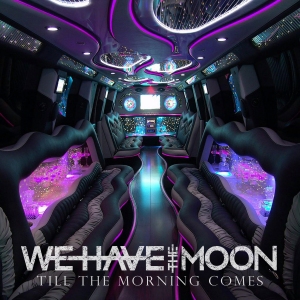 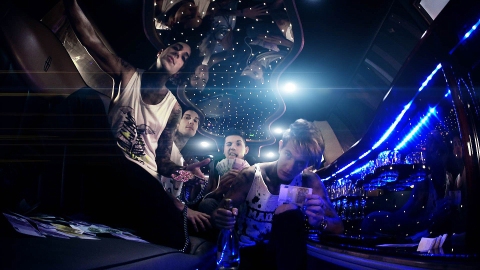 Mark Twain memorably wrote: “Everyone is a moon, and everyone has a dark side, which he never shows to anyone.” Well Italian Partycore/Electrocore/Metalcore band WE HAVE THE MOON have a Bright Side; which they are about to show to the whole world; throwing moonlight on the greatest parties seen in Italy since the time of the Romans!

Hail Caesar, we who about to Party salute you!

Inspired by Asking Alexandria, Enter Shikari, Eskimo Callboy, Crossfaith, and Bring Me The Horizon , WE HAVE THE MOON describe their unique sound as “sparkling, powerful, brave, passionate, genuine.”

Recently signed to Rockshots Records, they will release their aptly-titled concept album ‘Till The Morning Comes’ on February 23, 2018. Start the party countdown now!

WE HAVE THE MOON live for their band…and to party!

“The band is the strongest thing in our lives. We want to entertain and captivate, sharing our passion with as many people as possible…The moon represents the night, where our songs often take place. We own the night…We Have The Moon! Our lyrics are inspired by personal experiences, we think that having experienced in the first place certain situations is the best way to transmit them loud and clear…the concept is the party that takes place all night long!” says vocalist Makku.

Live, WE HAVE THE MOON promise…

“Energy, fun and engagement! We believe that these are the things that most distinguish our live shows, which we do coincidentally call parties! Those who know us can really see how much we change during the concert, compared to ‘behind the scenes’. The party lyrics are fully mirrored by the brilliant and catchy sound of our arrangements. Listening to our glittering sounds, anyone can imagine situations like those we describe in our songs. We expect our listeners to be reflected in the songs and what they describe, as well as them getting closer to the band’s feeling.” Album