“Do you like rock music that gets your hips moving and head bobbing? Did you enjoy the swagger of Guns and Roses when they broke on to the scene many moons ago? Do you enjoy a touch of the old Stone Temple Pilots rock groove or Def Leppard’s sensible pop rock? These are some of the thoughts that came to mind when listening to Last Bullet’s self-released E.P. 80-69-64. Neatly giftwrapped for your listening pleasure, each song has the strength to stand on its own. There is no filler here folks.” – Adrenaline 101 Radio

“these guys certainly have that late Skynyrd-esque sound to them that I just love! … Rock on lads!” – Wayout Radio

“In the vein of Velvet Revolver, Stone Temple Pilots & Buckcherry, Last Bullet are a hard rock band with a little bit of a filthy swagger about them.” – Games, Brains & A Headbanging Life

“Their musicianship is top notch, their energy is off the charts…” – Shannon Ambrose, Writer at The Portal Magazine

“Can we please move rock into a more aggressive and angry vein? We’ve been locked in a mid-tempo melodic cyclic for years now. Isn’t it time to get mad and turn up the guitars again? That’s what Last Bullet is all about.” — Alan Cross, Radio Broadcaster / Music Writer (2016)

“One of the hardest working bands I’ve ever worked with. Their live show is incredible.” — Brian Moncarz, Producer (Our Lady Peace, The Trews, Circa Survive, Moneen, Yukon Blonde)

“Last Bullet are one of Canada’s finest” — Brittany Anastacio, Radio Host on 977 HTZ-FM

“There are many great live bands from Toronto, but Last Bullet are the best I’ve seen” — Olivier, Writer, Blogger and Owner of SleazeRoxx.com

“Last Bullet provide everything you could want from a rock show. They are flawless” — Jamie Gutfreund, Journalist / Host at CP24 News 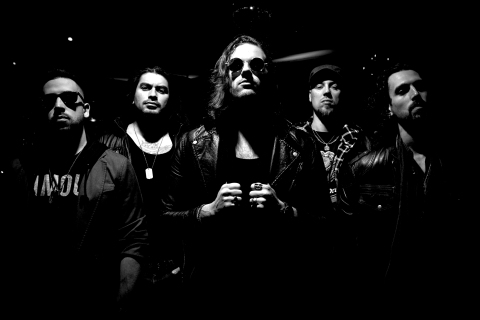 Last Bullet live and die by the metaphor of a name that has served them well; play every show as if they have only one shot.

Multiple national tours and festivals, winners and nominees of several awards, countless television and radio features, part of Canadian hockey history, sharing the stage with countless bands like Aerosmith, The Scorpions, Buckcherry, Sebastian Bach, Bleeker, One Bad Son, The Wild and more. Last Bullet has used the last eight years to accomplish all of the above and more while completely self-managed, self-distributed, self-directed, self-written, self-marketed and ultimately… Self-made.

Forged by a deep passion from five individuals striving to become the very embodiment of rock n’ roll it-self, Last Bullet are best known for their utterly intense and electrifying live show, taking great pride in knowing exactly what it takes to get asses shaking, fists pumping and heads banging. For this Toronto-based quintet, pursuing a career in music is akin to war. The stage is a battlefield, leather is their armour, instruments their weapons, music their ammo and failure is the enemy.

With the ambitious goal of re-igniting a market almost completely devoid of attitude, this is a band that reveres the historical significance of rock music and gladly embraces the blood, sweat and tears necessary to succeed in this industry. The sole reason Last Bullet has found any success is by holding themselves accountable for giving fans every ounce of their souls on stage. The very integrity of the band relies on this self-imposed creed:

Every song will sound better than it does on the album, every time.

Every note will be performed with charisma, emotion and intensity.

Every dollar of every ticket will be earned in sweat, effort and passion.

Every single fan will be thanked and appreciated every time, every show.

Nothing is ever good enough. Always strive for perfection and NEVER plateau.

With the upcoming release of their new album titled “80-69-64” on July 14, 2017 the band has never been more proud of their work, nor felt more genuinely optimistic about the future of their music and career as a band. But don’t take their word for it, take it from these people… 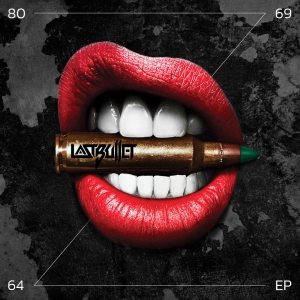