“And the winner of SiriusXM’s Rock the Grey Cup is….Era9 will be playing at the CFL Grey Cup Festival in November” – SiriusXM Canada

“Era9 are from Canada and are hard workers.  They remind me of us when we first started out, lot’s of energy on stage…”  – Matt Dirito (Pop Evil)

“I loved how they successfully integrated several diverse genres of music into all of their songs. They are definitely a unique act that deserves natonal attention. The fusion of hip hop, hard rock, and R&B that they produce is something you will never forget.” – Joshua D. Owen (Revolving Door Entertainment)

“Their use of arena-ready rock riffs, and their charisma got the football-crazed crowd all warmed up for what was to come” – Aesthetic Magazine Toronto 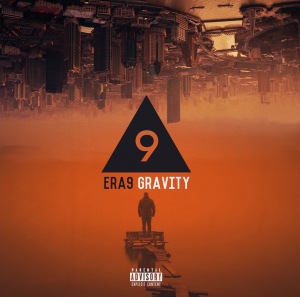 Drawing from the future rather than the past, ERA 9 merge Rock, Hip-Hop and Electronic Dance Music to create their own unique sonic architecture, which they dub “TrapRock”, describing it as ‘revolutionary, unparalleled, eclectic, melodic and heavy.”

“When we formed it was like an undeniable force; a magnetic field that surrounded our individual selves; that when we got close enough to each other, there was no ignoring the fact that our mutual passion for music, performing and writing would become a true reality if we stuck together. We’re open-minded and appreciative of all genres of music. The idea of ‘TrapRock’ was created by this admiration of different musical styles.” says Guitarist Jona Dhe Paganon.

Working together as a collective, their dedication and professionalism has lead this Montreal, QC based band to tour the US with Trapt, Pop Evil, Drowning Pool, Gemini Syndrome and Saving Abel, along with being nodded as opening support for Hed PE, POD, From Ashes To New, Saliva, Filter, Gilby Clarke, Sebastian Bach, Hoobastank, Art Of Dying and The Veer Union, also performing at the 100th Grey Cup Festival w/ Sam Robert’s Band and Treble Charger.

ERA 9 continues to demonstrate that their unique live experience brings concert goers from different scenes together and party hard to their genre-bending sound. Their music touches each end of the spectrum, with heavy guitar breakdowns and trap drops, accompanied by epic EDM build-ups and big bass, all meshed with hip-hop and melodic vocals. Their stage performance is the real deal; a one of kind audience engaging force echoing an experience to be remembered long after the show is done.  Picture their TrapRock sound, with backdrop video projections, sequenced light and smoke with a pit of fans just dancing from beginning to end! You’ll want to be there. Watch this video, it sells itself. Era 9 Live at Foufs – Montreal, QC.

ERA 9’s next full length album ‘Gravity’ is a musical portrayal of the risks they took, ignoring genre formats and flipping the world of music as we know it.

In contrast to their earlier sound, this new line up has given them the creative freedom for eclectic songwriting, inspiring them to think outside the box. Hear “TrapRock” on record for the first, conceived through “Gravity”.

“We love how our music can bring everyone together and we’re excited to share it with the world. We’ve been releasing music since 2011 and toured across the US, supporting really great bands, and now we truly feel that over the years, we have come into our own with this next opus for fans. We believe that we’re in a new era of music that isn’t limited to one style of listener. We cater to all who open themselves to it! We value creative freedom in music and we promote open-mindedness and imagination.” Adds male vocalist Anthony Lalla.