For fans of The Ghost inside, Parkway, Fit For A king, As I Lay Dying 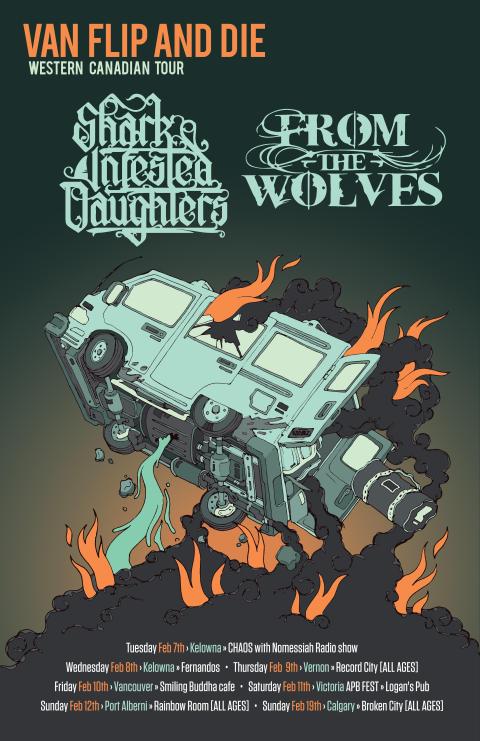 “A Cold Embrace,” is metal to the core.  With an intense mixture of hardcore and metal, “A Cold Embrace,” features amazing music, amazing song writing and amazing intensity…The vocals, riffs and backend bass and drums, are technically on point and make this an amazing EP.  From the churning guitar on “Dead End Horizon,” to the technical masterpiece, “No Miracles,” this EP has an intense vibe running through it that sounds like a prison riot set to music and that means, it kicks ass.  No matter if you like hardcore, metalcore, metal, etc, “A Cold Embrace,” is a big sounding EP from a band with a big future and a Bro-Metal rating of, 9/10″ – Bro Metal

“FTW were a lot of fun in the studio and they came with professional attitudes about their music. Hopefully this will be a band that continues to stick around the scene and develop their music, I’m really looking forward to how their sound develops” – Rob Kukla (Producer) 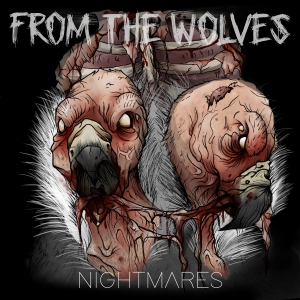 Hailing from Calgary, the imaginatively named From The Wolves mix melody with metalcore, creativity with carnage, and intelligence with aggression, something they’ve nailed with their new EP ‘Nightmares’ , which captures their live fury forever like some creature in amber. Describing their sound as “an absolutely horrifying unnatural train-wreck” and live as “a very high energy show”, From The Wolves are taking their music to the next level with inspiration from The Ghost Inside, Parkway Drive, Emmure, Norma Jean and The Acacia Strain.

As drummer Layne Frank says of the new EP. “Our fans will love it. It is fast and aggressive with hard hitting riffs with some melodic hooks thrown in…we want our listeners to go through an emotional roller coaster when listening to us.”

The creative well for From The Wolves is deep. “We wanted a fast and aggressive EP and these three songs were perfect for what we were going for. Fans can expect a lot more music from us.”

Fantasy plays no part in From The Wolves’ lyrical influences as they are inspired by “life experiences and anything we strongly believe in.”

Layne feels that From The Wolves’ sound is evolving rapidly. “We have grown a lot as a band, when we started, we were mainly writing with a more ‘hardcore’ style as you can hear with songs like ‘Empty Promises’, ‘Sheep’ and ‘Antagonist’ but we were always pushing for metalcore with ‘Legacy’. ‘Dead End Horizons’ and the latest song, ‘Calloused’. We have come a long way when it comes to song-writing and how we structure songs…We are influenced by a ton of different styles of metal. The main influences for us would have to be metalcore, deathcore and everything in between.”

As Layne sums up confidently. “On the whole the EP is just an angry statement towards the world and everything we all deal with on a daily basis.”

‘Nightmares’ was released October 14, 2016 and streaming available via Bandcamp here plus digital download via iTunes.