Jupiter Hollow hit the National Post Sessions Studio to jam out some tunes! Playing their track ‘Odyssey and a cover of RUSH‘s ‘Closer To The Heart’ Watch it now!
#NPSessions & #NPMusic #toronto #progrock #rush #odyssey
http://news.nationalpost.com/arts/music/young-rockmetal-duo-jupiter-hollow-enter-the-odyssey-in-the-np-sessions-studio

“Without a doubt, Jupiter Hollow are elite musicians. Grant and Kenny know exactly how to captivate an audience with their music. This theory is proven through the artistic journey that is their record, Odyssey. Their music is tasteful. This is one of the few records that I have been able to sit down and listen to the entire record without skipping a single track. You might think progressive music isn’t for everyone but Jupiter Hollow, makes listening to a genre of music that can be classified as challenging to listen to, rather easy. Every song on Odyssey is an emotional journey, musically and lyrically. Let the music take you by the hand and embrace the emotion in its purest form. Listen to Jupiter Hollow. Now. There’s a reason why they’re being noticed. It’s because they love what they do and they’re good at it!” – Alex CrazyAce, Host/Executive Producer of ‘The Rush’ on VIBE105 FM – Interview can be heard here.

“Jupiter Hollow have given the world five songs of progressive brilliance. For such a young duo hailing from Barrie, Ontario they pack a serious punch. They are great musicians and have crafted an amazing voice which touches on a range of progressive cliches but with a twist of more ambient music. Their music shows maturity beyond their age…” – The Independent Voice

“When I read the description for Jupiter Hollow, I will admit I was somewhat skeptical and intrigued at the same time…I honestly wasn’t sure how a Prog duo, whose sound has been compared to bands such as Pink Floyd, Tool, A Perfect Circle, and RUSH, could pull that off with only two members…..I was completely blown away by the talent of these two young men, 21 and 18 respectively. Odyssey is strong both musically and lyrically which is a testament to their talent at their ages. The EP has everything a prog fan could ask for. There are time changes, tempo changes, a story-like feel, and tons of emotions.” – Shockwave Mag

“Impossibly young Canadian duo deliver quite a trip. When a prog band emerges with their debut EP and the two people in it are 18 and 21 respectively, you are more than entitled to feel old. When a prog duo emerges with as much talent as Jupiter Hollow you are entitled to feel excited about the future…A band this brimming with ideas will at some point in their careers deliver a masterpiece. This is an incredible start.” – Maximum Volume Music

“I’m very impressed by this EP on any level. Sounding, to my mind, like a cross between Rush, Zombi, and Mastodon, this is progressive metal as it should be. Grant MacKenzie and Kenny Parry, the two men that make up Jupiter Hollow, can be proud of this EP. It features strong playing, excellent song-writing, and above all, it is most uplifting, something we really need in this day and age. A band to look out for in the future.” – Hellbound

“It goes without saying that Canada is THE hotbed for top-quality Progressive Rock / Metal, and Jupiter Hollow is the the rising star in that stratosphere…Jupiter Hollow has delivered one very complete and competent set of songs that nicely blends atmospheres and technicality.” – Manic Mosh Mag

“New listeners can expect to go on a musical journey when hearing Jupiter Hollow.” – Barrie Advance

“Teen duo Jupiter Hollow deserve props for valuing virtuosity and going against the grain. Rock on!” – Power of Pop

“This is a great first impression.” – Heavy Music HQ

“A young Canadian duo ready to bring fans of complex music a spacey, experimental and refreshing experience with their excellent debut EP, bursting with high-quality heaviness and progressiveness.” – The Headbanging Moose

“An adventurous duo that isn’t afraid to experiment with sound as well as influences, which range from Rush to A Perfect Circle to newer Leprous. ” – Lords of Metal

“If you are a fan of Rush in anyway then your are definitely going to be able to relate and enjoy this album. Think of Odyssey as a 2017 version of Rush, but with heavier guitar riffs and more psychedelic attributes.” – Kingston Music Reviews

“What these two guys accomplish both live and on this five-track album is simply mind blowing. The fact that a duo can write and perform music of this quality at their age simply says the future for Jupiter Hollow could be stellar. Imagine the combination of Rush, Tool, Yes, with a live show that captures everything you could want to experience and see in a performance…I can honestly say that only a week into 2017, I have already pegged this as one of my faves of the year. To know that Odyssey will soon be followed by the full length album, Ahdomn has me salivating for more Jupiter Hollow.” – SkullsnBones

“Odyssey is technically outstanding with great riffs and solos and some cool drum work that is already halfway to nirvana. Let me also point out Kenny Parry and his astonishing set of pipes, hitting impossible notes that will make some of the Heavy Metal blasters go red with envy. ” – Rock Music Raider

“I went into this open minded but Jupiter Hollow truly shocked me with this EP. The guys have a refreshing sound, very different to what I usually listen to. Musically, it’s written really well and I can definitely tell that the duo are going places.” – Broken Arrow Magazine

“Jupiter Hollow warps the landscape of progressive rock for 2016. With youth on their side, Grant and Kenny venture into unknown musical realms and take the listener on the journey of a lifetime! Executed with precision, they prove rock is alive and has a place in our future, present and past. Perhaps it was always with us. Simply put Jupiter Hollow makes the world a better place.” – Pat Gillett, Down With Webster/Honors (Guitar/Vocals)

“Jupiter Hollow are starting curves in the rock space that I haven’t seen anywhere else. Dynamic, progressive compositions; with vocals that pull and soar; giving me satisfaction that is hard to come by in this space.” – Arthur Kalimidis, Landmark Showcase Festival (Founder)

“If TOOL and RUSH had a baby, its name would be Jupiter Hollow!!” – Yul Vazquez, Hollywood Actor
“Grant MacKenzie and his band Jupiter Hollow are a hard playing impressive band that has emerged out of the Ontario music scene in the last year. I was very pleased when I could include Grant in my Ernie Ball Brotherhood of the Guitar program, and know they are now on the path to much wider discovery of their music. Grant is extremely driven and that is what it takes to make it these days!” – Robert M. Knight, Legendary Rock Photographer

“Jupiter Hollow is one definite up and coming band!  Their music is not only progressive but well executed and some great vibes!  The vocals are strong and rich.  It has been a pleasure to have them on my playlist at http://www.rock-fm.ca and the positive response from listeners only proves there’s a great future ahead of them!  I look forward to more of their tracks in the future.” – Bernadette Barter, Rock-FM.ca (Radio Host)

“Jupiter Hollow consists of only two guys; there’s a Grant, and there’s a Kenny. They put all of the music together themselves, and it’s pretty spectacular if you ask me!” – Noah Campbell, Rock 95.7FM (Radio Host)

“I’ve had a real pleasure of working with Jupiter Hollow on their upcoming EP titled ODYSSEY. Watching these two guys so young creating music at such a high level of passion, professionalism and talent blows me away. These guys are so unique, and truly are the real deal. I have no doubt the world will know of them very soon!” – Taylor Abram, Wellcraft Media (Recording Engineer) 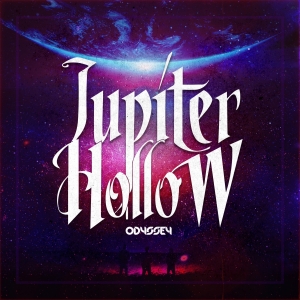 Jupiter Hollow is an ambient progressive rock/metal duo from Barrie Ontario, who started in the summer of 2015 and have already mastered the art of bringing their fans on an audio and visual experience. Jupiter Hollow’s sound is usually referred to as spacey, experimental and refreshing, reminding listeners of bands like Tool, Pink Floyd, A Perfect Circle, Tesseract, The Contortionists and Rush.

Jupiter Hollow consists of two young, passionate and driven Canadian artists, Grant MacKenzie (21) and Kenny Parry (18). Grant, who plays guitar, bass and synth for the band started his music career 8 ½ years ago at the age of 12, sitting in his basement watching the movie Rock Prophecies. This movie was about legendary rock photographer Robert M. Knight, finding and transforming a young, unknown guitarist from a small town into a worldwide success. Inspired and motivated, Grant spent the next few years honing his guitar skills, writing music, and later learning the business side by attending college for business marketing. At age 20, Grant was invited into the Brotherhood of the Guitar, by founder Robert M. Knight, leading to endorsements with Ernie Ball Music Man and JH Audio.

While Grant was performing with another group at a local battle of the bands, he came across a mesmerizing singer by the name of Kenny Parry (vocalist, drummer and synth for Jupiter Hollow), who was almost performing as if he was possessed on stage, hitting notes that seemed impossible by any guy. Kenny Parry started music at the young age of 2 years old, setting up pots and pans like a drum set and banging away. This led to an obsession with music, and a discovery of his unique talent. In his teenage years, Kenny won himself the title “Best Drummer in Ontario” 3 years in a row. Around this time, Kenny started learning how to sing after being inspired by singers such as Maynard James Keenan, Mike Lessard, Dan Tompkins and Ian Kenny to name a few. Through years of strengthening his vocal abilities in choirs, bands and hours of dedication, Kenny has acquired an articulate vocal range, relentless endurance, and almost shocking performance through his uncontrollable stage presence.

Shortly after meeting, Grant and Kenny knew that their talents combined would create something truly unique, and Jupiter Hollow was born. Since then, the duo effortlessly created music in Kenny’s basement for months on end. The concept grew to be a two-man band, since Grant and Kenny wrote all of the music and wanted to keep it that way. The two musicians used technology to their advantage, allowing them to perform with a dominating stage presence, while captivated their audiences with their unique sonic journey.

After performing at a number of music industry showcases in Toronto, Jupiter Hollow caught the attention of music industry representatives, such as Pat Gillett, vocalist/guitarist of Down with Webster, and Arthur Kalamidis, founder of the Landmark Event Showcase Festival. Now, Jupiter Hollow is starting a Canada wide campaign with Arthur Kalamidis and publicist Jon Asher, working to build awareness of the band and their upcoming 5 track EP titled ODYSSEY, set to be released early 2017. The band then plans on releasing a full length album titled AHDOMN.