“Montreal prog quintet Fractal Cypher have a built in appeal. With the entire progressive music scene exploding, their style is tailor made to resonate with fans of Dream Theater and Symphony X, but without the thick layer of pretentiousness that follows the former around. Listen to the band’s first single (Prison Planet) from their upcoming album, The Human Paradox” – Sorrow Eternal

“The band claims to compute styles as diverse as djent, death metal, power metal, classic and modern rock and upon hearing these five-and-a-half minutes, it becomes clear that this band is not content with just sounding like “generic” prog at all. The range of styles mentioned above is actually quite correct, with “Prison Planet” offering both modern riffing, some oriental influences in some melodies, excellent clear vocals and an ultimately highly catchy chorus that stays clear from becoming poppy. It’s hard to properly gauge a band’s potential on so little material, but if Prison Planet is any indication, then Montreal has another very hot iron in the fire of metal and The Human Paradox can’t come soon enough to be able to see, if the quintet can keep this level up over the course of a whole album!” – Metal Observer ( Prison Planet single review) 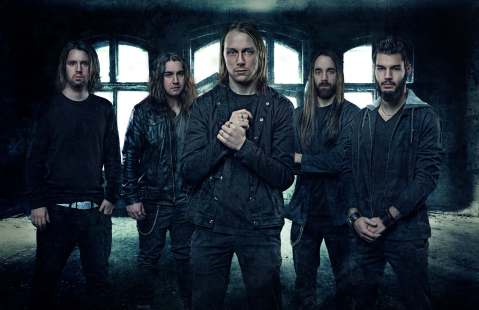 Fractal Cypher exists to captivate audiences with progressive instrumentals that cut through the mesmerizing vocals yet somehow evolving; each listen provides a new perspective. Straight out of the heart of Canada’s metal scene, these Montreal metallers constantly shift their compositions with seamless transitions and theatrical interludes to keep audiences on their toes. Since 2014, ex-Far From Reality members Simon Lavoie (vocals), Ludovick Daoust (keyboard), and Vincent Bruneau (guitar) have dedicated themselves to Fractal Cypher.

The powerful quintet is just as versatile in their music as they are in their musical interests, darting between djent, death metal, and classic rock. Each song acts of their own volition almost taking control of the members and shaping a personality and energy not unlike a living entity. Ludovick is at the helm of songwriting, calculating and unlocking each melody and becoming the voice for each piece. Their debut album ‘The Human Paradox’ produced by Chris Donaldson (Cryptopsy, The Agonist, Beyond Creation, Neuraxis) is comprised of 9 songs, each hand picked and strategically chosen to best represent the living, breathing entity that is Fractal Cypher.  The album slated for a release on September 7, 2016 and it is sure to hypnotize metal fans around the globe. 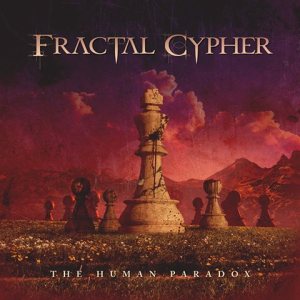 Track By Track by Fractal Cypher:

The Human Paradox: The album

The main idea behind The Human Paradox was to make a blend of styles and atmospheres to make the listener travel throughout different state of mind, from emotional songs to aggressive ones. The track list has been carefully chosen to maximise a « roller coaster » effect to make this journey non-linear and interesting to listen to. Each song has its own story so, there’s no storyline throughout the album. Still, the topics can easily fall under the same themes, exploited with a different perspective. Musically, the music as well revolves around a few themes all along.

Opening title of the album with an ambient intro. The song kicks in with powerful drums and guitar riff. Then, the keyboard takes its toll for a furious minute, sharing the lead with the guitar. The vocals then kick in. This song is a mid-tempo one easy to head bang to. The vocals lines are melodic yet harsh, from lows to higher notes. Then come a return to the main theme and a scream vocals breakdown. Melodic verses, catchy choruses, powerful breakdown, and the song finale, a piano alone interlude, which blends with the following track.

Definitely a more powerful and up tempo song, that reflects power metal influences. The intro of the song kicks in like a machine gun, followed by energetic and entertaining riffs and vocal lines in the verses and choruses. The song takes another turn in the middle of the track with an instrumental part, an 80’s prog rock feel and sound with keyboards and guitar solos. Then the song drop off suddenly to a smooth and melodic clean guitar and vocal part. This part links by a progressive built up to the final chorus and outro.

Track #3: SHINING A WHILE

That song can be describe as a power ballad, which builds up all along. The song starts with a beautiful part of piano and strings. The first half of the song is a long and progressive build up to reach its climax at the chorus. The vocal lines are melodic, soft and warm. This song really grooves all along with a great bass and drum chemistry. This track displays a wonderful guitar solo, as if the guitar was singing. This is definitely the “goosebumps song” of this album.

One of the very few straight-up verse-chorus-verse structured songs. Its starts with a catchy and groovy guitar riff before the whole band jumps in. The verses feature a great diversity between the instrumental parts with a great vocal line on top. A catchy chorus with a good blend of back vocals. The song ends with a powerful alternate verse and chorus. One of the most accessible song on this album for its length and structure.

Definitely the heaviest song of the album. Heavy guitars, heavy drums, heavy bass. The vocals goes from growls and screams, narrated words, and evolve to more powerful notes as featured across the album. The guitar solo on that number is mind blowing. Mid song, the vocals take the song to a more atmospheric vibe before a tremendous part of drum, guitars and keys. A must listen.

This track displays the death metal influences of the band. The atmosphere is dark, oppressive, yet powerful. It’s a very progressive song in its structure with a lot of time signature changes. The vocal lines are straight forward, hard-rock oriented with some aerial parts as well. The song features a great guitar solo that follows with a brutal breakdown where the keyboard takes the lead melody. A great part to head bang to.

The second ballad of the album. This song features acoustic instruments such as acoustic and classical guitars, violin and viola and flutes. This number is really smooth and organic and leaves a lot of place for vocals. This song shows the softer side of the band with a care for good melodies. This is a non-threatening song that everybody, from metalheads to the casual music listener can enjoy.

This is a piece that stands out for its original rhythmic. The song borrows elements of “djent metal”, jazz and fusion that combine in a puzzling listening experience. Despite the addition of those elements, the song keeps an accessible structure with catchy choruses and strong verses. This song features great musicianship from every player with plenty of space for everyone to have its moment and shine.

Track #9 – THE GHOST OF MYSELF

The last track of the album. This is an up-tempo and energetic song that combines fast and classic power metal riffs. It features catchy verses and strong choruses easy to sing along. The general mood of the song contrasts with the previous ones of the record. It is a feel good song.  It ends with an epic and felt guitar solo that puts an end to 65 minutes of melodic, heavy, strong and challenging music.