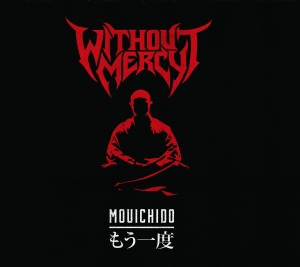 -This song represents a person in your life that causes you undue stress and pressure. They constantly bring you down and are a negative force in your life. The catch phrase, “You smell like a bitch” is drawing attention to the cowardice in their actions and tells the story of their inability to help the situation and only serve to make it worse. Close listeners of this track will be able to piece together the story of how our relationship with previous members deteriorated.

This song is about the path becoming more clear to making things right again. Becoming focused on repairing an issue and rebuilding a cause. This song represents the sheer will of not allowing yourself to stay the victim but instead, taking massive action to improve. As the final lyric of the song states, “Shatter Paradigms”.

A decent into madness. The song discusses the fall into the dark depths of hell while outlining mental illness. Listeners of this song can hear references to famous depictions of damnation from other literary worlds and even a very famous video game.

– On the surface, this song comes across as if being about addiction to the powerful pain medication. In reality, it represents the addiction to self loathing which can often manifest in drug addiction. The song touches about issues with personal demons and hatred for your own appearance which leads to depression.

Vancouver-based Without Mercy certainly stays true to its name. Ruthless and menacing, these Canadian metal titans have cultivated and redefined the phrase, “Fuck Pussy Metal”.

Founded in 2004, Without Mercy has gone from strength to strength over the years. They released their first EP “All Else Fails” in 2007 completely independently and used its humble beginnings to start the catapulting of performances, internet presence and radio play. In 2009, Without Mercy went on to record their self-titled full length album using the same team that worked on records by Devin Townsend, Mudvayne, and Marilyn Manson.  Without Mercy rode the attention wave of their self-titled debut, using the escalation to begin a relentless performance schedule that would lead them far from their hometown and include over 200 live performances.  No stranger to tenacity, in only a few short years Without Mercy have achieved; being the only indie metal band in Western Canada to have two tracks available on Rock Band 3, being featured in Tattoo Savage Magazine, and pioneering the phrases, ‘You Smell Like A Bitch’ and ‘Fuck Pussy Metal’ – which have now become synonymous with the band.

In 2014, Without Mercy unleashed third studio release, “Reborn”.  Another massive evolution for the band, Without Mercy sought to bring back the organic metal sound and combine it with a high production standard.  Fast forward to 2016, some line up changes with a new vocalist Alex Friis and bass tracks recorded by Tristan Martin and live performance being done by Ryan Loewen, the band is ready to share with fans re-recorded material from ‘Reborn’ on their new EP ‘Mouichido’ that even features Chimaira vocalist Mark Hunter on their track ‘In Waves’.

“‘Mouichido’ is the Japanese word for “Repeat” or “to do one more time”.  We chose this as the title to signify the re-release of a previous version of this record. After the release ‘Reborn’, we faced an issue with our vocalist, which caused us to part ways with him.  On the advice of our legal team, we recorded the album again with our current vocalist in an effort to terminate possible legal action.” says  Band founder and guitarist DJ Temple. “In addition to that, I hold hold close ties with Japanese culture so I thought it would be the perfect time to introduce those lines into our music.  Facing the incredible difficulty with the last record and the way the vocalist departed the band, the stress was compounded by the financial burden left with a record we couldn’t release.  By venturing back to some of my martial art roots, I found the strength to maintain my tenacity and get the record back on track.  The result, is “Mouichido”. Fans should receive this as the ultimate reason to never give up. Take the aggressive nature of the songs and allow the culture of the Japanese writing to envelop you in a way that will carry you through each track. Let this EP be the story that inspires you to push through something difficult and come out the other side a stronger and more experienced person.”

The EP is set to be unleashed on May 27th, 2016 and will be supported with a steady rotation of touring and appearances across Canada and the USA. All of course, independently.