For fans of Behemoth, Cannibal Corpse, Decapitated, Bloodbath, and Necrophagist

“The song (Sitra Achra) is propelled by turbocharged drumming and voiced by the roaring sound of guttural vocals. It rages in a wall of distorted chords and deep, warping riffs with a distinctive tone, punctured by squealing slides that underscore the music’s sense of chaotic derangement and segmented by huge pounding grooves, whose big, atonal jackhammering movement is accompanied by pulsating electronic noises. And for the last third of the song, Gomorrah switch gears dramatically, creating a cold, void-like atmosphere with reverberating guitar notes and the deep thrum of the bass. In an nutshell, it delivers a thorough ass-kicking.” – No Clean Singing

“Wow, I am impressed, for a new band, a death metal band at that, these guys nailed it, you were waiting for a mosh pit to begin, that is just how death metal it was.  You get blast beats that are tight, guttural lyrics, some technical guitar and bass work. There are a few breakdowns, but this album is definitely a must have for any death metal fan out there, it has everything you could possible expect, brutal and fast.” – Metal Titans“Discover the Kelowna (BC) group Gomorrah with their “jam session space” style video for their new single ” A Disaster’s Nightmare.” For lovers of breakdowns, tapping and “in your face” vocals. Regardless of the number of groups with the name Gomorrah, they should place well in their genre. They do not fall short and show you face to face who they are and what they are made.” – Ondes Chocs

“thundering blast beats and heavy riffing, there are melodically dissonant passages that lead up to a crushing blow to the face. If I had to shove them into a subgenre, I would call it Izzy Straddlin’ Death Metal, because it’s a modern death record played with a foot in the past.” – Glacially Musical

“Gomorrah is a heavy death metal band who create a sound which is not afraid to descend into chaos.” – Two Guys Metal Reviews
“Much as their name suggests, this band is not for the faint of heart. With their speed, their intensity and their technicality, they brought the first signs of life to the crowd.” – Concert Addicts
“Kelowna’s metal power house.” – Hard Loss Promotions 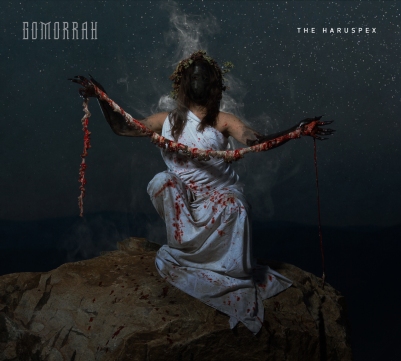 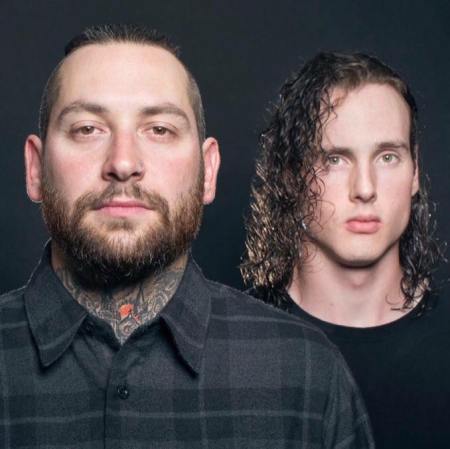 GOMORRAH, originally formed in the Okanagan Valley of British Columbia as a black metal outfit in 2006, has now grown into an assaulting death metal band – ready to unleash their boundary-pushing extreme sound on their second full-length album. The forthcoming album ‘The Haruspex’ is to be released on January 15, 2016 on Canadian label Test Your Metal Records.

“We have stepped up the quality of everything: the pre production, writing, structuring, lyrics, performances, mix and master have all been improved. The combination of those improvements translates to a major difference between our previous recordings, and the single “A Disaster’s Nightmare” – as well as our forthcoming full-length ‘The Haruspex’. Improvement, through effort and time.” Comments guitarist Bowen Matheson.

Their name is associated with a historical reference to a city mentioned in the Book of Genesis, the Qur’an and Hadith, the Torah, and the New Testament. The bands music conveys a claustrophobic animosity, through punishing guitar work, high-speed drumming, and guttural vocals. The lyrics provide an accessible gateway into the stories told in each song.