“Elderoth delivers a challenging sound that is catching the attention of metal aficionados, guitarists and professional musicians around the world for its pinnacle of musicianship, composition and technical ingenuity.” – Metal-Rules.com

“Elderoth are the brainchild of a certain Collin McGee, and his singular vision has produced a unique metal sound…a sublime release.” – Hellbound

“Strong prog-metal is usually reserved for DREAM THEATER and the countries of Europe. But this album has put the entire community on notice. Name recognition will only take you so far. This music is fresh, crisp and chocked full of melodies, and keeps one step ahead of you, making you long for more.” – Metal Temple

“Boasting a unique mix of metal music with oriental instruments, Elderoth stands out in the Quebec metal scene due to their overall difference to other acts from the area, and their new album Mystic shows that they might be one of the best in that scene.” – Audio Honesty

“Elderoth present a very uplifting album that feels absolutely genuine in its lyrical themes. Mystic takes full advantage of the Progressive Metal aspect of its sound to tackle other styles in a way that feels natural to the blend of Sonata Arctica and DragonForce-lite material that makes up the album, all the while exploring different atmospheres without any concern to whether it’s heavy enough or not. This commendable approach makes for a journey that leaves you actually feeling good about yourself by the end of this just under thirty-five minute self-released offering. If you’re into well composed music that doesn’t restrict itself to one specific sub-genre of Metal in a way that feels one hundred percent fluid from start to finish, Mystic is something you are going to want to check out right away.” – Apoch’s Metal Review

“After the first spin of Mystic, my immediate reaction was that this music, these arrangements, are quite dense. Mostly this comes from the riffage and orchestration. You could further define the compositions as being either, in the worst sense, busy and cluttered, or in the best sense, complex and intriguing. It’s a knotty conundrum. Eventually, I think it will come down to the each listener’s subjective experience…Call it ambitious and bombastic, Elderoth’s Mystic will definitely give you some music to ponder.” – Danger Dog Review

“To call Mystic, the new album from Canadian melodic metallers Elderoth, easy going and very likeable does not do any justice to the technical craft and skilled invention at work within the proposition, but that is exactly what it is, a highly enjoyable encounter very easy to get on with. The bands second full-length is also a collection of thoroughly captivating songs bred with tenacious imagination and as mentioned, technically impressive invention, a release sure to awaken a new and broader wave of attention on the Montreal based band.” – Ring Master Review

“Elderoth brings out an entire different Metal sound with their latest release Mystic. I can guarantee that you have never heard anything like this before in your Canadian Metal Music as Elderoth brings an oriental sound to songs. Right from the opening track “Within” Elderoth gives you’re a quick taste from what is to come for the most part.” – Kingston Music Reviews 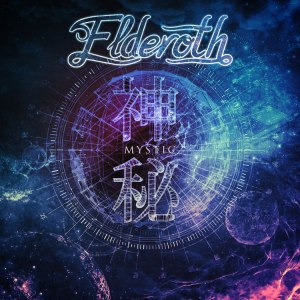 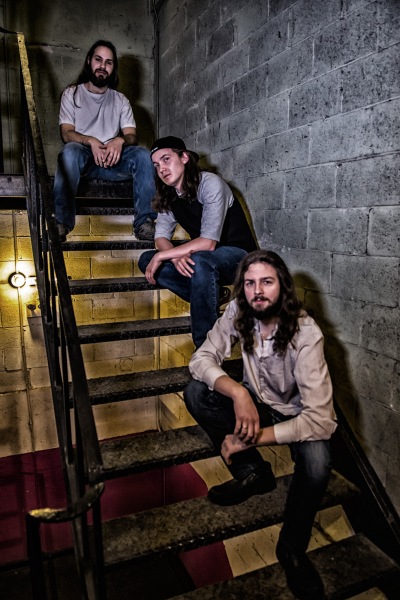 Founded in 2007, Elderoth is a metal band based in one of the most active metal scenes in Canada, Montreal, QC. Taking their music and efforts to creative new heights, Elderoth is gearing up for their sophomore release “Mystic” this coming April 2015 to follow their 2012 self titled debut album.

Engineering a unique style of metal music with oriental instruments from East Asia, Elderoth intertwine modern North American and European styles in a must-hear album with each track flowing across to the next to create a dynamic taste for fans. Featuring intense guitar licks, complex keyboard arrangements and powerful rhythms, Elderoth delivers a challenging sound that is catching the attention of metal aficionados, guitarists and professional musicians around the world for its pinnacle of musicianship, composition and technical ingenuity.

The band’s 2015 line up features founding member Collin McGee on guitars and vocals with Xavier Sperdouklis on bass, Vincent Harnois on guitars and Jessy Normand on drums. Mcgee, the man behind the vision of Elderoth is the primary author, composer, lead guitarist, and singer. Through his years of being self-taught, studying music theory and composing endlessly, McGee has mastered composition on guitar and other instruments at a world-class level, along with writing lyrics and developing his vocals to a professional level that stands out in the audio mix both live and in the studio.

Track By Track of ‘Mystic’ by Elderoth creator Collin McGee:

As a whole, the album is mostly about internal issues, and that in a sense can be mystical to anyone. But the musicality is leaning towards a mystical tone.

This song has no lyrics but the musical meaning is like welcoming the listener to the album.

This song is about following your dreams even if you are lying to yourself to achieve them.

3. This Shadow By My Side

This song is about being introverted but persevering in life regardless.

This song is about moving on and breaking up from a relationship.

This song is generally about following your dreams to become more than who you are.

This song is about falling into depressing and being alone.

This song is about drug/cocaine addiction.

This song has no lyrics, but musically is about never forgetting the things that had happened to you in life.