“Once again, another self-release that would put a major label to shame, this is of the same quality as many a band on, for example, Nuclear Blast. The music is very heavy, but progressive, and very heartfelt, reminding me of folk music in its feel and atmosphere.” – Hellbound

“this Calgary based Power Metal unit pulls all the stops and really delivers in the “sounding triumphant while rocking out” department. ” – Absolute Underground Mag

“A pristine production and moody artwork round off a phenomenal album that takes the best of prog and power metal, adds some celtic influence, and an outstanding feeling for flow, dynamics and melodies that catapults both Viathyn and Cynosure into the uppermost echelons of the genre. At times reminding me of Danish masters Wuthering Heights, the Calgarians are putting bar high and any fan of prog power!” – Metal Observer

“An exploration of disillusion, discord, affliction, enlightenment, and grandeur as seen through nine different storytellers, Viathyn live for a more European-oriented montage of neo-classical runs, twin guitar harmonies, double bass fury, and the occasional mid-tempo transition that can be highly folk or Celtic influenced…Cynosure is proof again that our neighbors to the north can rival the best European acts going in this faithful, happy sub-genre.” – Dead Rhetoric

“From the galloping opener “Ageless Stranger” to the long, swirling, fist-pumping closer “Cynosure”, this album has everything a fan of power metal could want. Guitar solos to die for, pounding rhythm, riffs that stick in your head for days, and a vocalist that impresses you with every song. It is simply an awe inspiring album, on several levels of musicianship, storytelling, and even visually with artwork that is absolutely beautiful.” – Crown of Viserys

“Cynosure is an album with plenty to offer fans of the Progressive Power Metal sound, as VIATHYN have a great talent for making melodies and their songwriting abilities have enabled them to make an album full of long songs without getting boring.” – Metal Temple

“VIATHYN play majestic epic progressive power metal, with a tinge of folk metal, prog rock and with a slight sprinkling of thrash added to the mix for good measure” – All About The Rock

“Second on the album is “The Coachman”, which was released a few weeks ago. Hands down, my favorite song on this album. I always love a band that has a story-line within the song, and even from the start the lyrics are superb. Vocalist Tomislav Crnkovic has one of the smoothest and grooviest melodic lines I have heard from a Canadian band, he’s got the highs that can scare a cat – and he’s got a metal as fuck name.” – Morning Metal – CKCU 93.1 FM (Ottawa)

“Viathyn executes each song perfectly, on game and completely in your face. The production quality on this album is excellent, which I believe was done at Perfect Fifth Studios – one of Calgary’s premier metal recording studios…The songwriting on this album, especially this track (Cynosure), proves that this band pays attention to what they’re doing and how well they want to the overall vibe to leave on you.” – Ottawa Showbox

“Cynosure sees Viathyn move from a solid foundation to having released a mature batch of power metal songs that meet or exceed my (very high) expectations for front line power metal veterans like Labyrinth, Orden Ogan, and DGM. I give this album an extremely high recommendation to those that like heavy, fast power metal with extremely satisfying twists and quirks. The unparalleled lyricism: often dark, sometimes abstract, and always very vivid, is bound to appeal to progressive fans as well. You just can’t lose with this one.” – Black Wind Metal

“Canada’s Viathyn play a hybrid of melodic, heavy progressive metal with hints of classical elements thrown in for good measure.

“Cynosure” is an amalgamation of all the best elements taken from progressive metal, heavy metal, classical influences within their guitar leads and playing. Their clean vocals, with the occasional rough vocals on few of the songs definitely brings out this quartet’s total musical essence on their newest CD “Cynosure”. There is not one dull moment on this grandiose produced album (it sounds very big in the production and mix), which feels like you’re experiencing this band in a live setting. They’re a four-piece group, but certainly sound like a ten member band, with their whole slew of playing styles and varied musical influences.” – Explicitly Intense

“it becomes clear these are people who have not only mastered their instruments but also have a way above average sense of music.” – Lords of Metal

“Part of what makes “Cynosure” such an interesting listen is that it draws influence from a variety of sources.” – Skull Fracturing Metal

“Great melodies that will stay with you for days, impassioned vocals and excellent compositions (with most songs being in the seven minute range) along with a darker and more progressive sound than on their 2012 album, The Peregrine Way.” – Prog Metal Zone

“Canadian metallers Viathyn present another contagious and gripping proposition with new album Cynosure. Nine individual musical and creative emprises thick, the album presents a fruitful and colourful journey for ears and imagination. Every track is an intriguing and at times demanding proposition with more going on than can be taken in on initial unions. It is an attention wanting enticement though which roars with a melodic tenacity and strolls with muscular flirtation to give the richest rewards.” – Ring Master Review

“if you can’t get enough of the impressive power and progressive/power releases that have cropped up in 2014, you might just want to jump ahead and throw your money at these guys right now so you can get to the business of feeling triumphant as balls.” – Last Rites

“Viathyn will instantly appeal to fans of traditional and power metal but they are much more than that. The songs have great headbanging, fist-pumping tempos, but each track also has deeply emotional and thoughtful undercurrent which warrants many listens.” – KING – Pitch Black Magazine

“It’s been a long time since I’ve heard anything quite so eclectic as this band’s epic melding of the power, folk, speed, and progressive metals. They’re more alchemists than musicians, forging a new mold out of which many may be poured but few will actually fit.” – JDeathscript – Metal Call Out

“This is “Prog” metal at its finest.” – Cuz’N Mike – Heavy Metal Review

“…Viathyn have delivered a really solid, classy and mature metal album, that is as good as anything coming out of Europe these days” – JP – Metal Rules

“….This band really has their shit together, the solos are spectacular here, the sweeps are to die for, everything is good here…” – Metals Dead

“The musicianship is literally as good as it gets. It doesn’t matter which band member you would change, but the level of musical virtuosity wouldn’t get any higher.” – Poohkali – Rateyourmusic 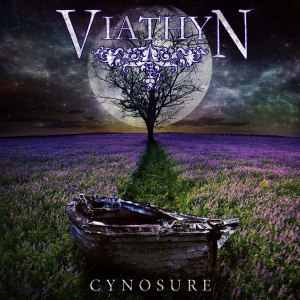 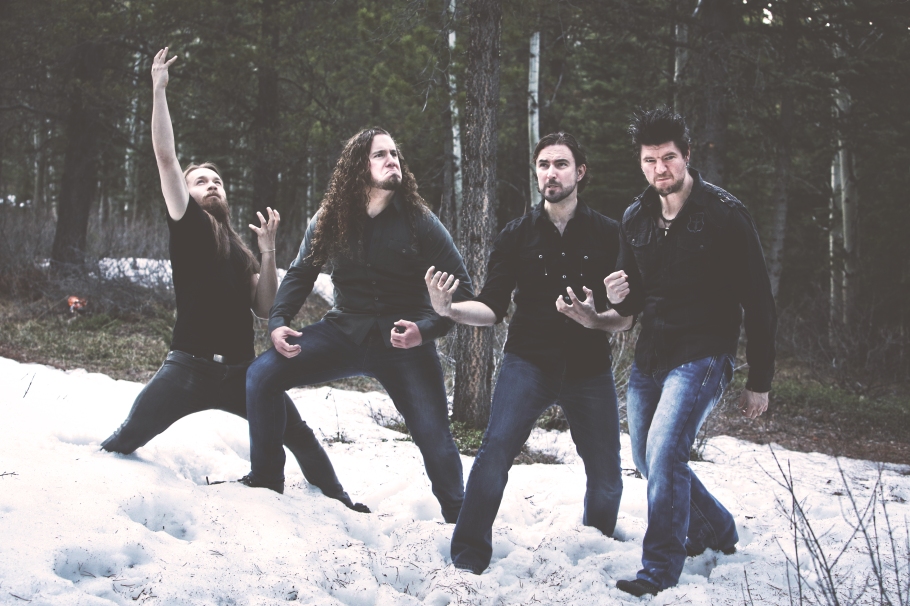 A chance encounter at a local record store in Calgary, Alberta between guitarist Jacob Wright, who was just looking for work, and vocalist Tomislav Crnkovic, who happened to be an employee of said shop, resulted in a friendship that gradually led to the creation of progressive power metal outfit Viathyn in 2006 with a solidified live and recording line up in 2009.

Playing off the word ‘Leviathan’, the guys settled on ‘Viathyn’, which has no actual definition in the English language, but when referring to the band can be taken to mean ‘progressive, melodic, grandiose, innovative and emotional’.

Forgoing the strict rules and structure common to the genre, the four-piece is known for its ability to write songs that grow and progress naturally and shift tone unapologetically without falling victim to common tropes. Building on their first full-length album, 2010’s The Peregrine Way, Viathyn is now gearing up to unveil its second record, Cynosure produced by vocalist/guitarist Tomislav Crnkovic plus mixed and mastered by Sacha Laskow (Divinity, Every Hour Kills).

“The literal definition of ‘cynosure’ is a focal point or an object that serves to guide,” explains Wright. “Each track focuses upon a character that is either affected by or acts as an agent of chaos and the message we wanted to express is how small and insignificant our actions and petty squabbles are within the grand scale of the universe. It’s kind of a backwards way of trying to show that we as humans should be humble and respectful to each other!”

Cynosure promises to be faster, more technical and heavier than its predecessor while maintaining a constant melodic and progressive presence – can you handle it?