“The new self-released album from Winnipeg’s Psychotic Gardening puts a great many albums released on larger metal labels to shame. The musicianship is top-notch, production values are high, and that is a very memorable name for a band indeed.” – Hellbound

“The song (Origin of The Infection) alternately lumbers like a behemoth and hammers like a giant sledge on an anvil. A serpentine melody slithers it sway through the midst of all the gargantuan body blows, and the band’s vocal tandem of Gillishammer and Chuck Labossiere unleash a vicious assault. There’s enough groove in the song to split asphalt and enough dank atmosphere to rust iron.” – No Clean Singing

“If you like brutality, you’re going to enjoy the crushing sounds of Psychotic Gardening.” – Metal Temple

“one of the coolest sounding death metal albums of the year.” – Headbang or GTFO

“Opening cut “Origin of the Infection” is crushing from the jump and you can tell right away this is a quality production with a rich sound.” – Wormwood Chronicles
“You should really checkout this band and latest release, I am certainly going to try and get a hold of their earlier material as based on this effort I am intrigued how their music and influences occur and what they are and were capable of producing. The band name might suggest these are green fingered mentalists rather than eclectic artists with vision and cool insight; this is a very strong release its appealing and interesting on many levels are far from run of the mill.” – Brutalism

“”Hymnosis” is a lesson in total ass kicking done the ancient way, with double bass rolls, depressive guitar harmonies, and growl vocals that’ll possess your helpless soul… a very solid release in all aspects and should not be overlooked.” – Explicitly Intense

“If you’re into that old school feel, you don’t want to miss out on this release” – Counter Culture Nerd

“This disc is nine tracks of sheer mental brutality. I recommend at least a day to revive yourself after listening.” – Rough Edge

“Psychotic Gardening has delivered a new LP, Hymnosis, that will become an instant favorite of metal heads. This is not a debatable statement but one of fact and I believe that you will join me in that statement as you listen to the well crafted progressions and pounding drums. Each cut takes on a life of it’s own and you can not only hear the procession but also feel it as well. Do yourself a favor and get this LP on May 13th. Words can not even describe how much I enjoyed listening to this brutal work of metal art but I hope that you understand where I’m going with it.” – Tommy Tee – Insane Realm Radio

“they set up melodies, simple and addictive riffs that cling to your soles as bad shadows, decorated with guitar solos and incisive…” Metal France

“Combining equal parts death-, doom- and black-metal, Psychotic Gardening creates a sonic assault on the ears and the soul in its latest album, Hymnosis…a solid effort with bits of black onyx lighting up through the muck and slime. The gods of darkness should be pleased with Psychotic Gardening’s offering.” – The Collegian

“Now the next leading act in the Canadian scene has certainly impressed me and given me hope for the vast land to churn out a lot of good music in the years to come. By that I am referring to blackened doom metal outfit: Psychotic Gardening and their fourth album: HYMNOSIS. This very impressive release opens with very loud, fast and extremely heavy black metal tunes from the first track.” – The Independent Voice

“Without a doubt one of the albums that I most listened in the last few weeks, Hymnosis should quickly become a favourite. Altough it is way more death metal than doom, it carries the dark and heavy veil of death-doom, without getting depressive or negative. If death metal is your cup of tea but you dare trying a different flavour from time to time, Hymnosis is the perfect introduction to death-doom for you.” – Metal Made In Canada

“I enjoyed every track on this release, from the opener ‘Origin Of The Infection’ which was recently released as a single, the terror filled ‘Defile’, ‘Re-Hybridized Strain’, with its slower tempo and darkly lamenting feel, completed with the addition of haunting guitar work and ‘Mindfold’, with an intriguing mix of psychedelic and crushing, doom laden death Metal….’Hymnosis’ is a fascinating, unnerving, atmospheric and enjoyable listen.” – Metal Talk

“Psychotic Gardening have taken the black and doom metal crossover genre to a level that I personally haven’t heard before, masterful in both execution and substance, this release and this band are truly two things to keep an eye on in the future. ‘Hymnosis’ represents a band on the near cusp of greatness, currently an independent band getting by on their talent and great music, hopefully soon more people will take notice and their hard work can further pay off.” – Metal Mouth 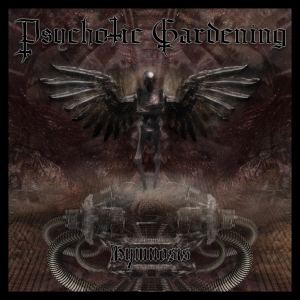 “Be sure to see Psychotic Gardening when they invade your town or city. The being in the sky orders you to see them or be prepared to pay with your soul!” – Metal Master Kingdom

“Psychotic Gardening has always been able to deliver crushing, mid-tempo, heavy madness and this teaser tells me its fourth album won’t disappoint, more info to come!” – Metal Made In Canada

“Whatever anyone makes of this Garden, one thing’s for certain: The Cryptic ear-smashing, sense shattering second album – Hurdur –  by the Psychotic six is a strengthening shot in the face of local music, metal and otherwise.” Uptown Mag

“It is so trippy to hear your spin on this song guys. Great work and I am proud for you thank you…much much Love & Respect Forever.” – Jeff Becerra, Possessed (comment on cover of the Possessed classic ‘Phantasm’) 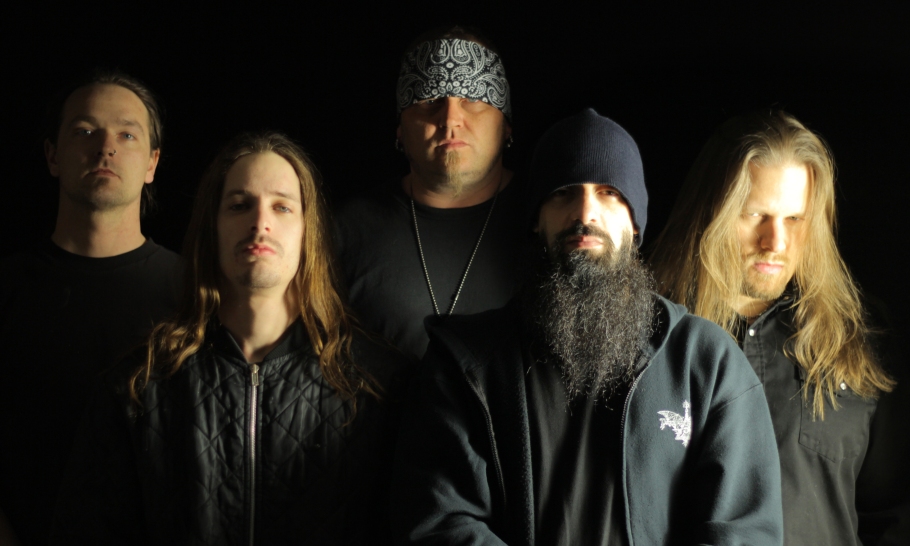 Psychotic Gardening is the organic evolution of heavy music, uncompromising, crushing and fierce. Rooted in classic HEAVY METAL through to the origins of DEATH METAL, these veterans don’t follow trends, forging their own path, transcending genres beneath their feet.  The band returns in 2014 after laying low, deliberately and methodically, preparing new material while allowing vocalist Chuck Labossiere to fill in with Broken Hope for tour dates in Europe and Canada.

Having blended elements of DOOM and BLACK METAL, the band digs into its DEATH METAL roots with the imminent release of their new album ‘Hymnosis’, a concoction of their most vicious material while still hammering down on doom-laden monster riffs.

“There were more contributions from every guy this time around, which spreads the spectrum of our sound even wider,” says Labossiere. “The level of talent each member possesses is amazing to me and it has boosted our creativity.”

The first single ‘Origin of the Infection’ features their most impressive music video to date with full-throttle, go-for-the-throat execution. Their cover of Death’s ‘Open Casket’ features guest appearances by Tim Roth (Into Eternity) and Chuck Wepfer (Broken Hope). From its most ferocious work to slow, pulverizing grooves, this proves yet again that Psychotic Gardening is one of the fiercest bands in the land while combining dynamics that enrich its deep sonic tapestry to follow up 2011’s ‘Humanitorium’ and their 2007 debut ‘Hürdür’, a dark and haunting record, with unusual layering and moments of profound, sombre mellifluousness, leading to some great reviews and interesting feedback.

“I will say that I love the music these guys made, it was good! Quite atmospheric, but those vocals…I simply cannot take them.” – Geddy Lee, Rush

Now with their impending release of ‘Hymnosis’ on May 13, 2014, Psychotic Gardening comes out with their strongest release yet.