“There is nothing more exciting than to discover a band whose music has a unique and boundary pushing edge and ‘Raptus’, the follow up EP to the self titled full length debut release from Unbeing is so much so that it has me full to bursting point with excitement.” – Metal Talk

“You can’t release an album of this kind unless you posses the skills to pull it off as the members of Unbeing clearly do…Raptus offers that chance to hear a recording that is fresh and very appealing, with no need for vocals.” – Sea of Tranquility

“Raptus is the perfect instrumental adventure, one which never gets fussy or over-elaborate, but also never misses the opportunity to aurally and emotionally explore every nook and cranny of its ideation and premise as well as the imagination of the listener. The Raptus EP is an essential investigation…” – Ring Master Review

“the guys from UNBEING are in a very inventive or developing phase, they improved their own vision by adding some unexpected flavor and a few external textures (“Tetris Rufus”), of course the genre requires a solid level of execution and a few mandatory skills with huge dexterity that are demonstrated in every seconds of the four tracks and finally it’s twenty minutes of pure artistic virtuosity, challenging with rich and dense arrangements plus some slightly dark undertone! Their challenging aesthetic attitude is everywhere, not only their craft is perfectly mastered but their creativity is certainly their best asset, much to their advantage in the syncopated rhythm (“Rapture”) as well as in the more groovy (“Batterie Faible” a French word play), still impressive thru their most introspective and ethereal or hypnotic moments (“2nd Cup”). Those elements along with the really precise and vibrant production are among the obvious positive side of the whole thing…Now it’s time for a full length album, I’m in a eager state concerning the successor of the self titled album published in 2011.” – Metal Temple 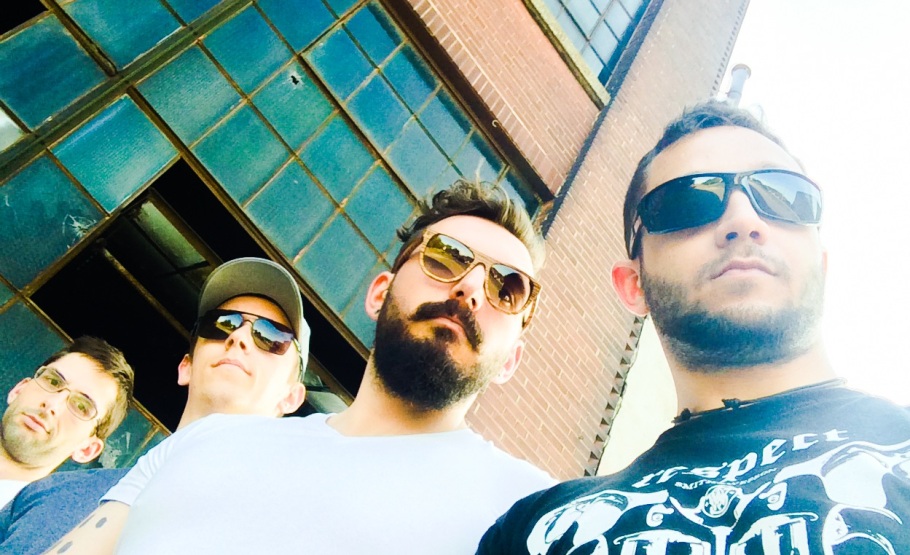 It’s March of ‘06. The world is asleep. Everything is still. No one is aware that a massive shift in the planet’s tectonic plates has given birth to a juggernaut. Fate has set three individuals on a collision course, their union shaking the very foundations of reality and sound.

Rising out of Montreal’s bubbling metal underground, it can be said that Unbeing have been through it all. Starting out as a three-piece, members came and went, two demos were released to an overwhelmingly positive response, the band won Metal Académie 2 – a two-month-long competition where the band impressed both the audience and esteemed metal judges such as Kataklysm to take home top honors – then decided to shake things up again. Taking the judges’ advice to heart, Unbeing opted to no longer continue sacrificing their creative liberties, removing vocals all-together to finally discovered its true nature in the form of a five-piece ProgEpic InstruMetal band.

But alas, five years after the birthing cries of Unbeing tore holes in the fabric of space and time, individually and as a whole, they have overcome hardships, laughed in the face of danger and stomped on the charred corpse of impossibility. In 2011, the band released its debut full-length album spanning 40 minutes of instrumental offering before solidifying its name in the metal community as a five-piece outfit. Two years later it was re-released, re-mixed and re-mastered on vinyl in September 2013.

Now in 2014, the fast-paced four-piece master composers return with their follow up EP ‘Raptus’, a four track 20 minute odyssey, which takes place in the Montreal Metro and in the mind of the listener transporting them both physically and emotionally; from the claustrophobic Montreal underground to the open expanses of the mind.  With UNBEING, anything is possible.

“this is an exceptional album. I’ve been listening to it almost non-stop since I first put it on and I like it more and more with each listen. As I mentioned above, the album is entirely made up of instrumental tracks. I enjoyed it because the music was consistently fresh and exciting. The sound is basically taken from progressive metal but it isn’t just another rehashing of a familiar sound. Instead, the music here taps into some serious source of energy and lets it play out vigorously. Most of the tracks highlight the twin guitar attack of Sherif Maghraby and Anthony Grieco. From start to finish these guys play in that half riffy / half modal style that most people call “angular.” As I listened, I was reminded of the way Revocation’s guitar parts take up the lead and drive it into new and interesting places. These guys aren’t Revocation so the comparison isn’t quite right, but listeners will understand what I mean. The rest of the band—Jean-phillippe Bedard (drums), Martin Labelle (keyboards) and Alexandre D’Amour (Bass)—is always right there next to the guitars, providing not just a backbeat, but also shaping a larger sense of atmosphere and purpose.

Curious listeners should check definitely check out “Chuck Norris,” a song that these guys really need to perform with a montage of scenes from Norris’s film and television work. Other highlights include “Octo8,” “15 Years in Space,” and “Zomb!.” – Sea of Tranquility

“When I heard that Unbeing had been compared to Scale The Summit andTesseracT, I couldn’t not check them out. Their debut album features a string of technically remarkable and pristinely beautiful tracks; though they also have a tendency to show off a bit too much.” – Metal Mouth

“quite refreshing whenever an instrumental act surfaces whose music does not follow those trends…There are plenty of twists and turns on the album, which also displays a slight influence from oriental music and jazz rock…despite the complexity of the compositions, the music on this album never becomes too challenging or inaccessible.” – Metal Music Archives

“Unbeing present passages that are overflowing with beautifully strange and intriguing avantgarde rock! So, putting these guys in a tiny box seems utterly unfair. There’s much here to enjoy on this 40 minute plus LP and with each new listen you’ll pick up things that you can’t believe you missed out on. Sometimes dark and sorrowful and other times hopeful and optimistic this is a release which will allow your imagination to run wild all while keeping you grounded with it’s hypnotic essence. If all of that wasn’t enough it does get even better! These guys are awarded extra points as they pay tribute to the main man himself on the track “Chuck Norris” (oh yeah!). It’s a small gesture of appreciation for one of Hollywood’s coolest guys and it has helped the band’s (so far) only album  earn an extra dose of publicity. ” – Heavy Metal Time Machine

“After hearing it today, I have come to the conclusion that Unbeing is in my opinion the most promising underground progressive metal band to be coming out of Quebec, and until a band proves me wrong, I would extend that to the rest of Canada also. Simply put, the album is awesome and well worth the investment…Each song sounds as fresh as the last and the next to come. The musicianship of each of the band members is worth the mention whether it be Sherif Maghraby on guitar, Jean Phillipe Bedard on drums or any of the other members for that matter. The production of the album is also nearly flawless, they are giving us a really polished release, worthy of some of the best metal albums out there.” Metal Made In Canada

“In fact, it was greatly refreshing to hear such musicality for a metal act. Everyone on stage was in full swing mode, showing off amazing chops but also the fact that these guys knew their song inside and out. Putting the bass player in the fore front was a great way to keep this veritable showman right there where we could see him play his red bass, and most importantly, have FUN while playing! Too many metal acts are too focused on the darker side of the “style”, when what the audience needs while watching a show is energy emanating from the band rocking out, metal or no metal.” – Between The Horns (Live Review)

“Every instrument gets its moment to shine. The drumming is incredibly diversified and varies from fast beats to passages dominated by hi-hats or smooth interludes. The riffs of the guitars are heavy but not yet thrash influenced and have also some melodic parts. The bass guitar player proves his talent in short parts of the record but doesn’t dominate too much on this record, a little bit like John Myung does on the records of Dream Theater. The keyboards create a lot of dreamy, weird and slightly despaired atmosphere. This is a great soundtrack for grey autumn or winter nights.” – Encyclopedia Metallum

“Unbeing is a promising debut that definitely deserves to be re-released (Pick it up today!) Unbeing represent a whole new layer of prog, showcasing the eternal magic that the genre will have,. Their is a bit of everythign here, but more importantly this is a record that does not confine itself to only prog fans. their is more to this record than can be found in many of their contemporaries and for that I am glad. for those of you who want an instrumetal record for the ages prepare yourselves for some of the niftiest progressive music you’l hear all year!” – TwoGuysMetalReviews 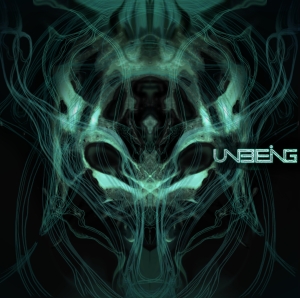 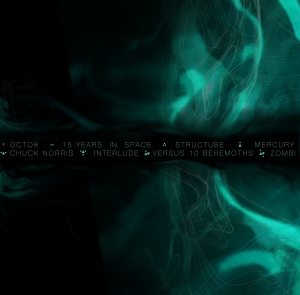