“Frontman Matt Blais knows how to work a crowd and he is far from afraid of showing off his talents.” – The Scene Magazine (Live Review – Indie Week 2013)

“Over the past five years, Matt Blais has been generating a catalogue of material that is both emotive and relatable. His passionate live performances demonstrate eagerness to create heartfelt songs and nowhere is more evident than on his newest album, The Heartbeat, where a poetic personality fuses with growing life experience.” – Beatroute AB

“The name Matt Blais is a familiar one to those in the Calgary, Alberta music scene. Well known as talented and respected musician, Matt likes to break musical moulds, mixing rock, blues and soul for a sound all his own…I sat with what might be described as a “perma-grin” as he effortlessly played to every person in the room that night. A natural born entertainer, Matt is the real deal, and if it’s an entertainer you’re looking for all you have to do is follow The Heartbeat.” – The Portal Magazine

“…he is rock ‘n’ roll. And has been for some time, now, becoming a fave staple on the western Canadian scene, fronting his melodic barroom blues rock band, that calls on the jukebox of classic rock influences – many of who are in said club (the 27 club) – while making it distinctively his own.

And crowds have shown him a great deal of love over the past several years, with Blais and band packing rooms across the Prairies and gaining notoriety by performing during Calgary’s Juno Fest shows in 2008 and winning local talent showcases such as the AMP Radio Rockstar competition.

That success, he says, has nudged him to step his game up, as a performer and songwriter, which he thinks he’s done with his latest release The Heartbeat,” – Calgary Herald

“Blais uses heavily-charged emotional lyrics as well as a gritty band behind him to produce a blues-slash-rock sounds, which has been commended by many local media sources. His sound is highlighted by a sometimes raspy voice, which helps to fill the total appearance of the band.” – Grande Prairie Herald

“Matt’s newest release, “The Heartbeat”, is packed with emotionally driven rock and roll that possesses a nostalgic presence that will fill the listener’s head with a sound that is not usually found in today’s music scene…What makes him and this song (Running) unique is his ability to create a vintage sound that is of his own with lyrics that fully compliment the song as a whole. Matt instantly catches the listener’s ear with an addictive chorus.” – Emurg.com

“The boy has a confident presence on stage and certainly rejoices in the reality that to perform is to share a beautiful experience with your audience.” – Red On Black Music

“His high energy set was a definite crowd pleaser, and everyone was up out of their seats for the entire performance. With a voice reminiscent of The Cat Empire (minus the accent), Blais powered through his rock songs, and showed his ability to go in a bluesy direction, with accompanying harmonica, that really brings out the grit in his vocals. Keeping with the theme of the opening acts, Blais brought in a cover of “Are You Gonna Go My Way” by Lenny Kravitz that was thundering, with good horn additions to make it his own. He transitioned smoothly to Stevie Wonder’s “Superstition“, but a version that was slower, harder and very slick. Next, a cover of Franz Ferdinand’s “Take Me Out“, full of the same joy and energy that Blais showed with the rest of the set, highlighting the great new material on the release. Fans eagerly streamed to the merch table, securing their own copy, which came free with paid entrance to the show.” – Live Review – YYC Music Calgary

“Matt’s voice is entirely unique, and really fits into his old-style rock and roll music edge. If you are into classic rock, or just like a unique voice and refreshing style, his music is for you!” – Calgary Music Blog – CMB: The Calgary Music Scene

“And, Matt Blais…great voice and the band is very tight. What’s not to love?” – The Big Rock Blog – Tapped In

“Firmly rooted in many of the genres that Matt Blais incorporates into his music, his raspy yet refined vocals point each song in the direction it was originally intended.” – Phylicia Tran – Spun – The Gauntlet 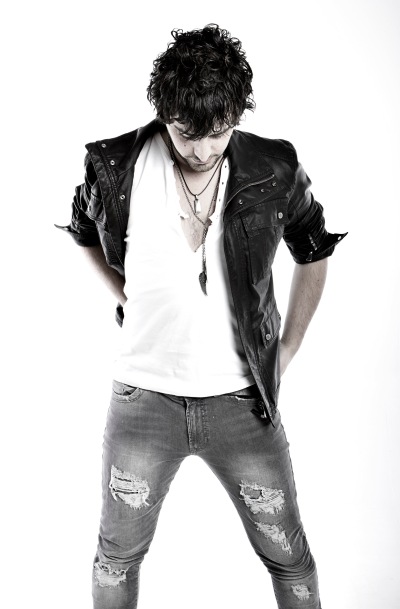 Matt Blais isn’t trying to reinvent the wheel; he is just finding a new way to roll it.

Today, emotional music seems to be an art form that has gone the way of an ancient cave drawing, it still exists, but you have to know where to look.

A cutting edge artist, Matt Blais combines elements of fiery rock and roll with smooth vintage soul to form a sound so uniquely his own that one can’t help but become emotionally charged. The combination of a high energy live show and a passion for song writing is Blais’ formula for success, which thus far has been very well received by critics and the audiences that continue to grow in number.

His debut record, “Let It Out” is produced by Juno nominated all-star Canadian producer Mark Howard whose discography reads like a veritable who’s who of Canada’s finest musical talents. This includes artists such as The Tragically Hip, Sam Roberts, Avril Lavigne, The Wailin’ Jennys and Daniel Lanois, to name a few.

“Each footstep brings me closer to you” rasps Blais in his new single currently being played across Canada “(Oh!) What Can I Do?”. . . and only time will tell where his steps will take lead. With a recipe like this however, you can be sure they’re heading in the right direction.